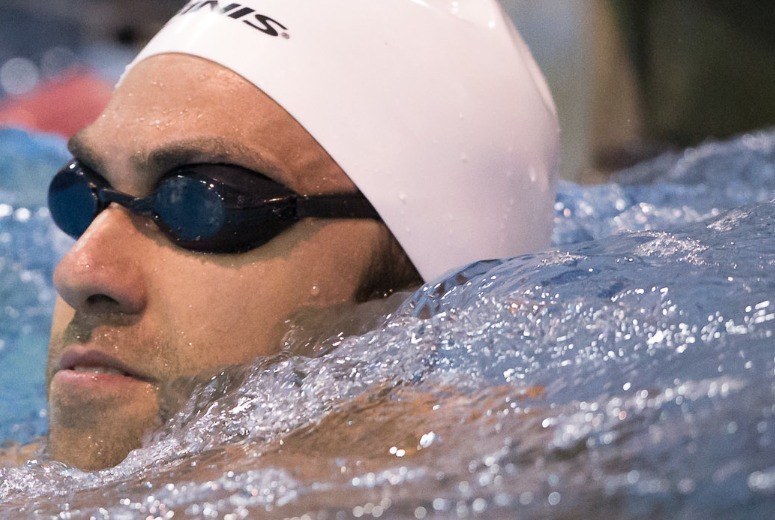 Captured the 2013 Charlotte Ultraswim, we could not go live with this video until FINIS officially announced the Anthony Ervin partnership. See the FINIS Press release here:

FINIS, a world leader in technical swimming products that maximize your swimming potential and technique, announces the sponsorship of Olympic Gold Medalist, Anthony Ervin. Ervin’s story is a remarkable one, in that his last Olympic medal came in a tie for 1st place in the 50m Freestyle at the Sydney Games in 2000 with Gary Hall, Jr. He retired from the sport of swimming just a few years later in 2003 at the age of 22. After the terrible Indian Tsunami of 2004, Ervin auctioned off his Olympic gold medal in order to raise money for the tsunami relief fund in that region. He distanced himself from competing in the years that followed, traveling the world, playing in bands in New York, and finding a deeper meaning within himself.

To the pleasant surprise of the entire swimming community, Ervin began competing again in 2011 gaining inspiration from the children he was teaching and coaching at Imagine Swimming and the Oakland Undercurrents, quickly regaining his prowess as one of the top sprinters in the world. After only a few months of training, Ervin was able to earn a spot on the 2012 London Olympic Team where he finished 5th overall in the 50m Freestyle. Now back in the water full-time with an enlightened focus, he has his sights set on this summer and beyond including Rio 2016 and what could be one of the greatest comeback stories of all time.

The “AE” we see on the pool deck now is a much different man than in 2000. His signature sleeve tattoos and unique cerebral approach towards racing and are all a testament to the wisdom he has gained along the way. FINIS President and CEO, John Mix had a few comments on the agreement:

“WE ARE THRILLED TO HAVE ANTHONY AS A REPRESENTATIVE OF OUR BRAND. HE IS AN EXCEPTIONAL TALENT AND HIS SELFLESSNESS REALLY SETS HIM APART FROM THE CROWD. THE FACT THAT HE IS ONE OF THE MOST ELECTRIFYING TALENTS AND PERSONALITIES IN THE SPORT OF SWIMMING IS SIMPLY A BONUS FOR US. WE BELIEVE IN HIS ABILITY TO MAKE A DIFFERENCE, IN AND OUT OF THE POOL.”