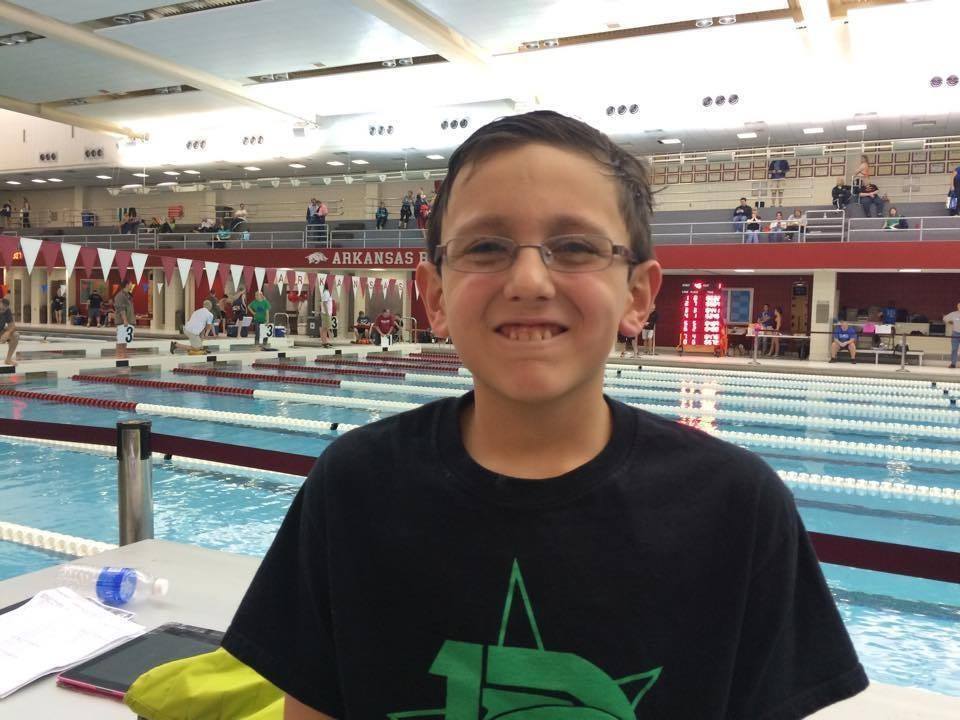 Andrew Rogers of the Arkansas Dolphins Swim Team is the first 10 & under to go faster than a minute in the 100 yard fly twice. Current photo via Evan Johnston

10-year old Andrew Rogers of the Arkansas Dolphins has broken the National Age Group Record in the boys’ 100 yard fly for the second time in 5 weeks, swimming a 59.66 at the NWAA Winter Classic at the University of Arkansas pool.

Rogers, who trains under Tay Stratton with assistance from Evan Johnston, also swam a 2:15.72 in the 200 IM at the meet/ While USA Swimming doesn’t keep complete top 100 lists for 10 & unders like they do for other age groups, Rogers’ 200 IM was the second-fastest time in the age group over at least the last 12 years.

Props to you little dude! Best of luck to you in the future!

Great job by Andrew! He broke the record the first time at our COR Winter Classic meet the 1st weekend in December. Very humble and sweet kid. His dad on the other hand… loudest most intense parent you will ever hear from the stands. Hard to tell if he was just cheering for Andrew or trying to clear the building from a fire.

Congrats.
Any chance of race video?