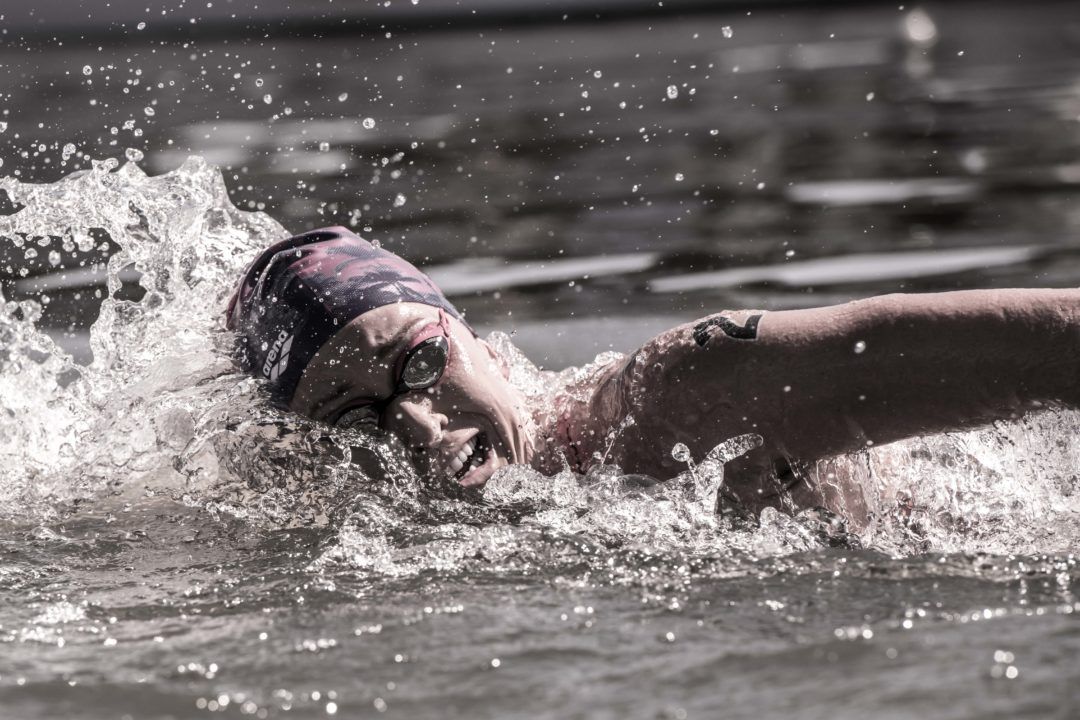 The third of eight stops on the FINA/HOSA Marathon World Series took place on Saturday in Setubal, Portugal, with athletes competing in Albarquel Urban Park.

The men’s race wasn’t close, as Hungarian Olympian Kristof Rasovszky won the 10k event by nearly 25 seconds in 1:55:57.53. This is a major improvement for the 21-year-old, who placed 12th at the first two stops in Doha and Seychelles. In Rio, he actually competed in the pool rather than open water, placing 35th in the men’s 1500.

The runner-up spot went to Italian Mario Sanzullo, who out-sprinted Britain’s Jack Burnell in a time of 1:56:22.33, with Burnell less than a second back in 1:56:23.22. Sanzullo won the silver in the 5k last summer in Budapest, while Burnell is best known for his controversial DQ in the Rio 10k. This is the 24-year-old’s second top-3 finish so far in the series, having been 2nd in May in Seychelles.

Another Italian, Simone Ruffini, had his first finish outside of the podium having won last month and finished 3rd in Doha, but was still a solid 8th. 2016 Olympic champ Ferry Weertman, who won the Doha stop in March, was 4th in 1:56:29.02.

While this was Anderson’s first time competing in the series this year, having recently raced at U.S. Nationals and the European World Cup, van Rouwendaal has found a ton of success with a win in Doha and a 6th place finish in Seychelles. 4th place finisher Finnia Wunram of Germany was also 3rd in Doha, and in 5th was Italian Rachele Bruni who was 9th and 5th on the first two stops. Her countrywoman Arianna Bridi won the 2nd stop, but was back in 14th in Portugal.

The series will continue this weekend in Balatonfüred, Hungary, with the remaining four stops after that taking place in July, August, September and then November, with two in Canada, one in China and the last one in Abu Dhabi.