Amy Bilquist Reflects on the Death of Her Coach Ryan Kent 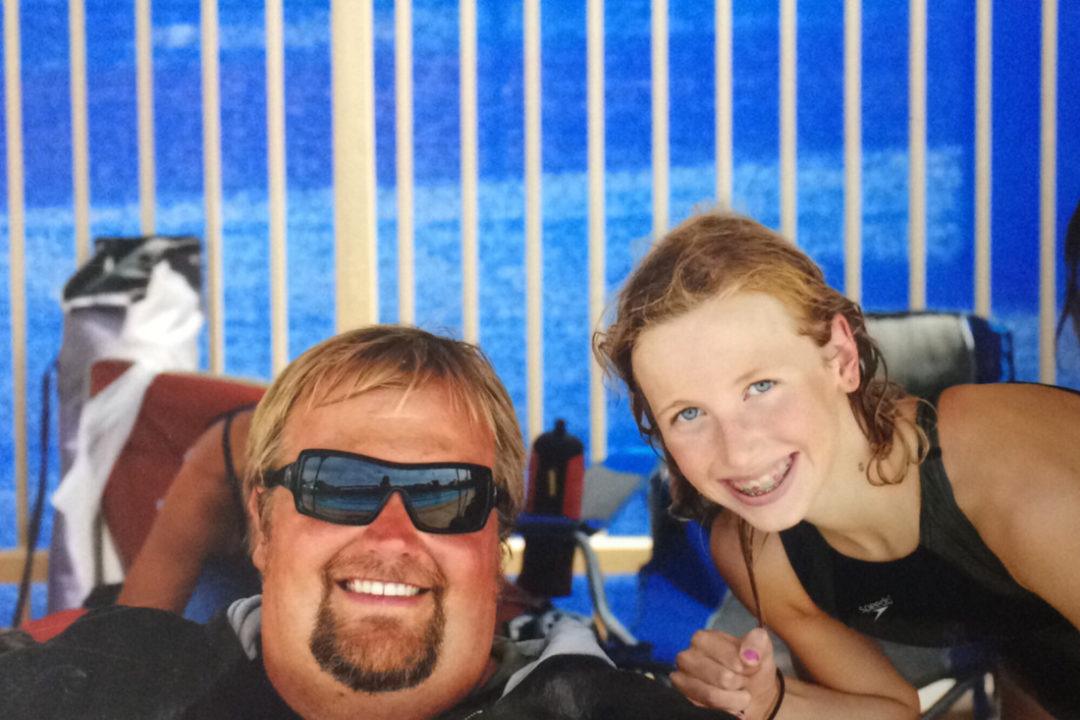 Former US National Teamer Amy Bilquist has penned a memoriam to the coach who helped her fall in love with swimming as an age grouper. Current photo via Amy Bilquist

Ryan Kent, the head age group coach of the YMCA Westside Silver Fins in Good Year, Arizona, died this week. Kent had served with the team since 2000, where he began as the program’s head coach and grew the team from 97 to 340+ swimmers.

Among his accomplishments on deck was being named the 2013 Arizona Age Group Coach of the Year. Swimmers developed during his time with the program include Cal All-American Tyler Messerschmidt; 2014 Swammy Award Nominee for 10 & Under Swimmer of the Year Asia Minnes; and current Cal All-American and American Record holder Amy Bilquist, who swam with the Silver Fins until moving to Indiana in high school.

Upon the death of her former coach, Bilquist began a site to remember the man that helped launch her world-class swimming career. Included is the following letter that remembers what Kent meant to her, in her own words.

It is hard to find the words to say when you lose someone that helped pave your life. Ryan was the man who helped pave mine, and countless other swimmers’ lives.

I was four years old when Ryan first started coaching me, and six when I first joined Westside Silver Fins. I was quickly moved up to Ryan’s group, and as he moved up to coach the better groups, a group of us moved with him, myself included. Ryan did not just show me what it meant to have the skills of a swimmer: determination, an unrelenting work ethic, toughness, and courage, but he also showed me skills of life. Everything I ever thought he was teaching me about my swimming, he was teaching me about my life. When you are hurt, you don’t quit. When you are not feeling your best, pick yourself up. And Ryan’s favorite and most repeated phrase he ever told me was “Suck It Up.” I take that back, the phrase I heard him say the most to his swimmers was, “I am proud of you.”

This may paint Ryan out as a tough guy, but he was the biggest softie. Some say swim coaches care about swimming above everything, but if you ever knew Ryan you know that there was one thing he cared about more than anything, his swimmers.  He always knew when we were having bad days and would ask us about them, he would ask us about our family, school, anything. He was invested in every swimmer he ever coached. He is a rare coaching breed. Never gave himself credit; instead, he always accredited all his swimmers’ successes to their own hard work. In reality, not one Silver Fin would be who they are, both swimmer and person, without Ryan Kent.

I grew up swimming with a small group but Ryan always kept up with us. Whenever I was in town he would tell me about what everyone was doing, who quit swimming to pursue a new passion, who was still swimming, and no matter what anyone was doing the one thing that never changed was that he was proud of us.

Ryan and I have kept in touch every step of my life. He was the first person I called when I got 3rd at the 2016 Olympic Trials, and all he could tell me was, “I know this sucks kid, but I am so proud of you and that will never change.” To me, that was the most I could have ever asked from a coach.

If you ever swam for Ryan you know how special of a coach and person he was. If you ever met Ryan you knew how passionate and caring he was. And if you never met Ryan, know that he was the epitome of what makes the sport of swimming great.

Ryan gave me everything I needed in order to pave the career and life I have and everything I will face in the future, and in return I gave him some extra grey hairs on his beard, some headaches, memories and smiles. Ryan, thank you for giving me more than I could have ever asked from a person, let alone from my age group coach. You have forever changed my life. In every hardship and success your swimmers, including myself, have, I hope you know you played such an instrumental role in teaching us how to handle them that is beyond what any of us could have hoped. You were more than a coach; you were a teacher and a mentor. I will remember all the lessons you have taught me and carry them with me the rest of my life. Rest easy Ryan, you are loved by so many.

Amy, all of the silverfins are with u. But mostly we are all grieving with u. I’m so sorry for our loss, you knew him so well, amd I can’t imagine how you are feeling right now. All of the silver fins are here for you.

A great tribute to a remarkable man, who clearly left an indelible mark in the swimming community.

I never met Ryan, but you are right TNFAN, a great tribute. Such a nicely written letter of gratitude and humility. Nice job, Amy! Looking forward to see you finish up your collegiate career in style! Amy’s wonderful personality speaks directly to Ryan… All the best to you, Amy. And, RIP, Ryan…

Such a sweet tribute. Rip.

Ryan was an absolutely wonderful person and am proud to call a friend. A huge talent of a coach, AZ and USA Swimming will miss his contributions, those around him will miss his kindness and big personality.

Ryan was the best. He shaped my swimmer into what she is today and I am so grateful our paths crossed in the AZ swim world. RIP Coach!

Each year when we travelled to the Lost Dutchman meet in AZ, I made it a point to stop by and have a talk with Ryan. He was a great coach, an awesome guy and a good friend. I will miss our chats. R.I.P. Ryan.

An incredibly important member of the Arizona swim community and an incredibly kind and caring man.