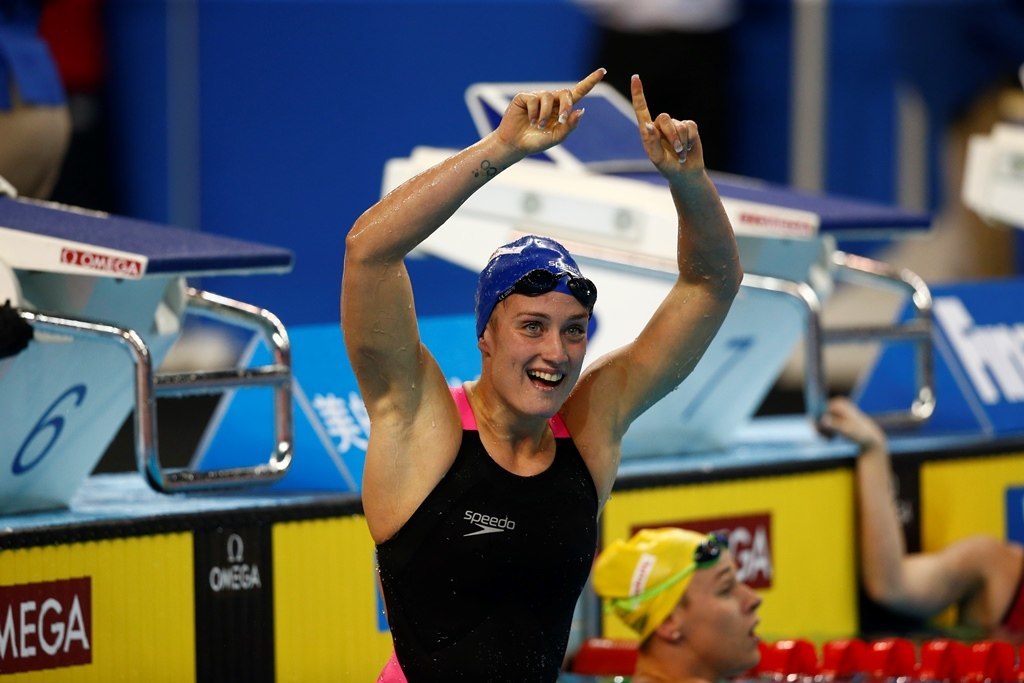 The highlight for the Amsterdam Cup crowd came in the first race of the night, with rising star Maarten Brzoskowski confirming himself for Rio with a near national record time of 3:47.32. Pieter van den Hoogenband still owns that record at 3:47.20, but Brzoskowski did manage to also set a meet record in the process.

The rest of the night was full of disappointments for top Dutch swimmers hoping to get their Olympic qualifying done early. Joeri Verlinden was unable to improve his 100 butterfly from the morning, he was beaten by Poland’s Konrad Czerniak. Moniek Nijhuis won the 100 breaststroke but also came up a few tenths short of the Rio time. Several other swimmers swam well over the tough standards in the course of the night.

Mireia Belmonte added two more Amsterdam Cup titles to her belt, as well as a meet record in the 200 IM. She appears to be gaining steam as the meet goes on and putting up better and better times. Her IM was 2:12.18, which puts her just outside of this year’s world top five. Belmonte’s other win came in the 400 freestyle, she was 4:08.07 in that race.

Adam Peaty was once again under 1:00, this time getting a bit more competition from Giedrus Titenis. Peaty swam 59.67, with Titenis trailing marginally the whole way at 1:00.10.

Camille Lacourt managed to rouse himself to a meet record of 54.03 in the 100 backstroke, he finished well ahead of Israeli’s David Gamburg and Jonatan Kopelev.

Philip Heintz had a nice second swim in the 200 medley, swimming just .2 over his own best time in 1:58.32. That gave him an easy victory over Britain’s Roberto Pavoni. Dorothea Brandt also won the 50 freestyle easily in 24.80.

Lisette Teunissen set her second world record of the meet in the IPC 50 freestyle, recording 46.26 in S3 and recording 1009 points.

Other winners on the 2nd night of finals: