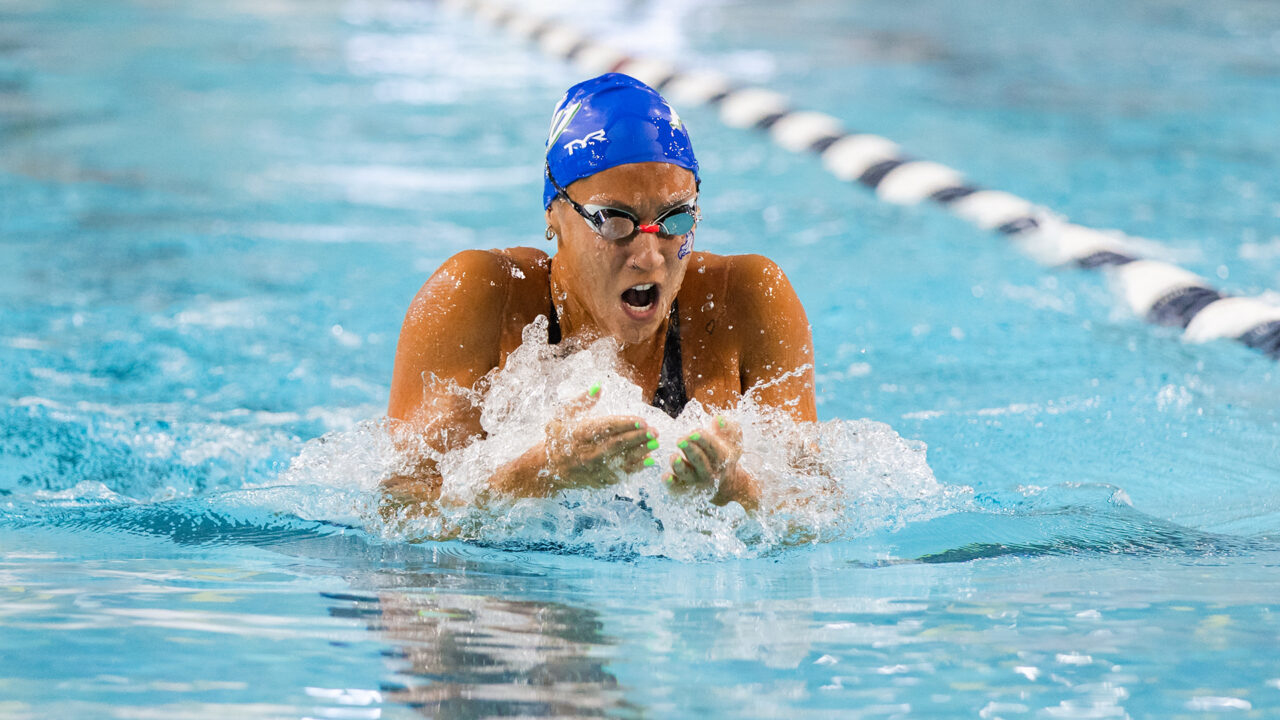 Two-time CSCAA All-American Petra Halmai will return next season to use a 5th year of eligibility at Florida Gulf Coast University. Archive photo via FGCU Athletics

All-American swimmer Petra Halmai told SwimSwam on Thursday that she plans to return to Florida Gulf Coast for a 5th year in the 2021-2022 season.

Halmai, who will compete for her home nation Hungary at the European Championships later this month, and at the Olympic Games in July, finished 11th in the 200 breaststroke in 2:06.89 at March’s NCAA Championship meet. That earned her Honorable Mention All-American honors for the season.

She also earned an All-American award as a junior when the 2020 NCAA Championships were canceled and the CSCAA decided to award all qualified athletes as All-Americans. She finished that season ranked 10th in the country in the 200 breaststroke in 2:07.38.

Halmai is one of a handful of top-tier NCAA swimmers who have announced their intention to take advantage of an NCAA waiver granting all winter sport athletes, including swimmers and divers, who competed in the 2021-2022 season an extra season of eligibility because of the uncertainty surrounding the coronavirus pandemic. So far, SwimSwam has identified eight 2021 NCAA Division I All-Americans who have said publicly that they intend to return for a 5th year next season.

Halmai says that this uncertainty led her to take advantage of the opportunity.

“I am so excited to have the opportunity to compete another year for FGCU and to have another chance to race at NCAAs,” Halmai said. “After NCAA’s were canceled last year, and juggling so many unknowns this season, I am really looking forward to one last year of competing hard and racing as an eagle.”

Halmai graduated this month with a degree in Psychology and will be pursuing a masters degree in Educational Leadership.

“I am very grateful for this opportunity and for my family, coaches, and teammates for their endless support as I embrace my 5th year,” Halmai continued. “FGCU is home to me, and I feel incredibly lucky that I get to experience an extra year with my teammates and coaches who have become my family away from Hungary.”

Halmai is the 4th swimmer in FGCU history to earn an All-American honor in an individual event, and the first under current head coach Dave Rollins. Kira Toussaint, Emma Svensson, and Elise Haan also earned All-America honors for the Eagles since 2014.

She says that after she finishes her NCAA eligibility, her plan is to continue living in the U.S. and training at FGCU under Dave Rollins. She hopes to pursue a career in the upstart International Swimming League as well as find a job that can work around her training schedule.

Halmai’s goals are lofty: she says she hopes to qualify for the next two Olympic Games: 2024 in Paris and 2028 in Los Angeles.

But for now, it will be a return to collegiate waters for one more season.