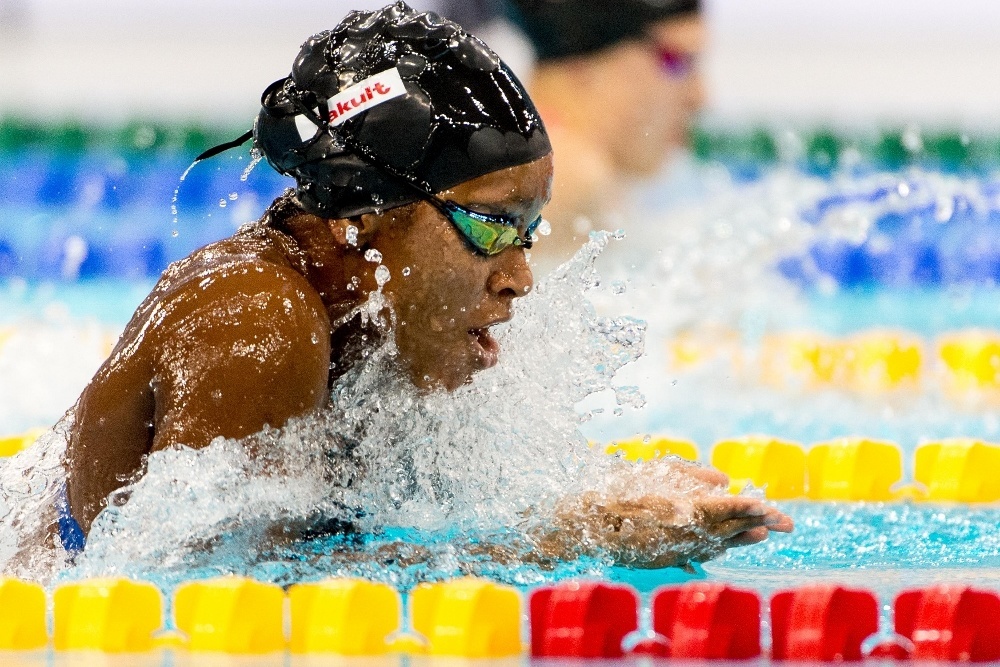 Following the record breaking performance by the Russian relay team on Day 4 of the Short Course World Championships in Doha, Qater, Jamaican history was made when former Texas A&M standout Alia Atkinson posted a 1st place 1:02.36 finish to tie the 100 breast world record. The old record has been held since 2012 by Ruta Meilutyte, whom Atkinson out touched.

Atkinson and Meilutyte swam a tight race with Meilutyte leading at the first 50M mark. Atkinson however, closed in a hurry and beat the Lithuanian by a tenth of a second beating the meet record set by Meilutyte just the day before. This swim is also a personal best for Atkinson who came into the meet with a 1:02.54.

I am so stoked for her and the Jamaicans. Yay for Caribbean swimmers

Congratulations Alia! You have had a great year.