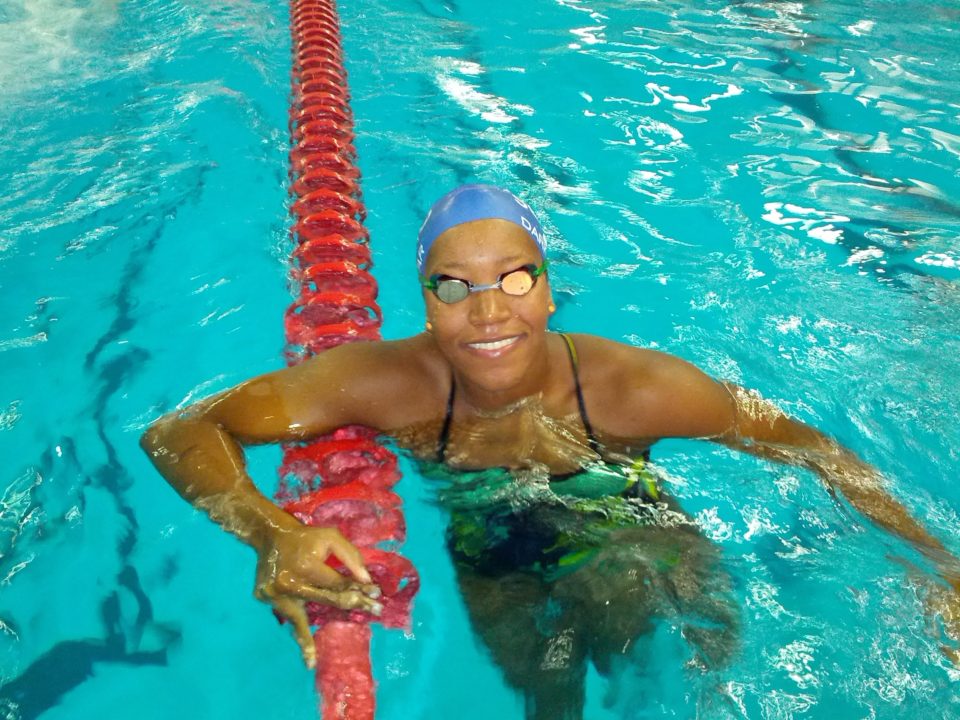 This report was contributed by Mike Thompson, a Canadian swim coach and journalist, who is one of the leading voices in Canadian swimming. Check out his blog at CoachMikeSwim.Blogspot.com, and his weekly Canadian-themed podcast here. You can also follow him on Twitter at@CoachMikeSwim.

Canada Cup 2012 kicked off earlier today in Etobicoke, Ontario (Canada) which is typically the first look at Canadian swimmers for the season and, for some, the first time to see Canadian Olympians from the London. Although it is unlikely that many of these athletes are in top form, we are sure to see some fast swimming at Canada Cup from University and high school athletes eager to make a statement. Although the meet is missing large American names this year, it is highlighted by Olympians such as Tera Van Beilen, Martha Mccabe & Sinead Russell.

This season, due to the Canadian Football League’s Grey Cup (the oldest professional trophy in North America), Canada Cup adopted a 2 day World Cup format. Finals saw some Canada Cup records fall and some solid swimming across the board. The story of the night, though, was Alia Atkinson of Southern Florida Lighting up the women’s 100 breaststroke field with a final time of 1:04.69. This was a Canada Cup Record, a Jamaican record (she represents Jamaica on the world scene) and the 3rd fastest time in the world this year. The ever smiling Atkinson was very gracious in her victory over Canadian Olympians Tara Van Beilen (who she defeated in a swim off in the 2012 Olympic Games in the same event) and Martha McCabe.

“She’s pretty beat up and tired right now,” said her coach, Chris Anderson. “We’re hoping that she’s going to do some good things in Turkey in December.”  Atkinson went on to win gold medals in the women’s 200IM and 50FR as the night went on.

Amongst other highlights of the night were:

– Olympians Alexa Komarnycky and Savannah King pushing keeping it very close in the final of the Womens 800FR with Komarnycky out touching King by only .02 seconds for the victory.

– Zack Chetrat (who will represent Canada at the 2012 SC World Championships) won the mens 200 fly in Canada Cup record time of 1:55.60. Personal best for Zack, who has recently started working with new National Centre Coach, Ben Titley. “Speed is getting better because technique and discipline are getting better,” said Titley of Chetrat’s best time push over the last couple of weeks. Zack also bettered his 100 fly time last week at the OUA (Ontatio University Athletics) divisional championships.

-16 year old Noemie Thomas broke the Canada Cup record in Womens 100FLY earlier in the day in prelims (58.02) and was only slightly slower at night with a time of 58.11.

– Mens 400FR was officially won by Keegan Zannatta of Island Swimming (3:49.82) however, Western Mustang’s Robert Wise turned in the fastest time of the evening from the B final winning in 3:49.48.

UBC Dolphins (Lavigna, McCabe, Thomas, MacLean) won the womens 200 medley relay in Canada Cup record time 1:51.54, while the Oklahoma Baptist Bisons won on the men’s side in a time of 1:40.05.

Live webcasting of finals can be found HERE.

Live Results for the weekend can be found HERE.

Alia just went 29.8 in the 50 SCM Breast. Congrats to her and SoFlo on on some great swimming!