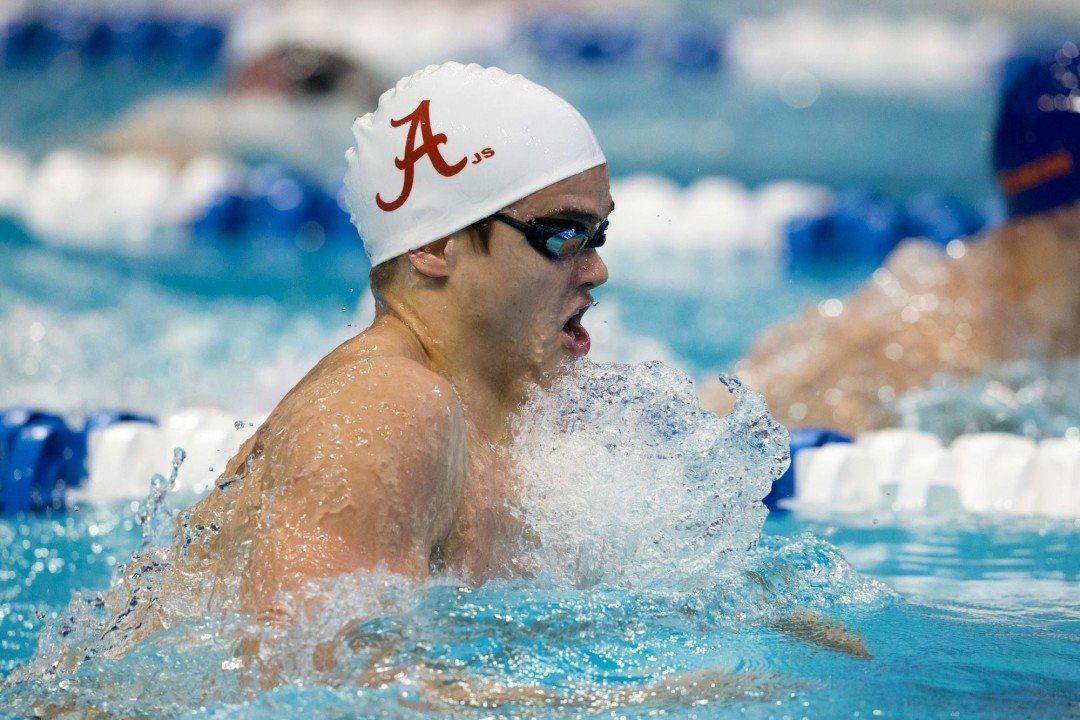 After two day of competition at the Georgia Tech Fall Invitational in Atlanta, Georgia, Alabama’s men’s team and Arkansas’ women’s team are leading the meet. The Alabama men opened the session with an impressive 200 medley relay, finishing well under the NCAA A time standard with a final time of 1:24.49.

The first individual event of the day was won by Alabama’s Mia Nonnenberg. The sophomore won the 400 IM with a final time of 4:07.53, winning by more than four seconds. She lead six other girls to NCAA B cut times. On the men’s side, South Carolina swept the event, finishing first, second and third. Tom Beribonio won with a top time of 3:48.68, Cody Bekemeyer finished second at 3:52.14, and Phillip Willett finished third with a 3:53.48. The only other to finish under the NCAA B standard was Alabama’s Taylor Charles with a 3:54.03.

In the women’s 200 freestyle, Arkanas’ Maddie Monroe won the girls 200 freestyle with a 1:45.84, leading two other swimmers to NCAA B cut times.

Six girls earned NCAA B time standards in the 100 breaststroke, although nobody was able to punch through the 1 minute barrier. Bridget Blood of Alabama won with a final time of 1:00.43.

The men’s final was much more competitive. The entire final finished under the NCAA B Standard. Anton McKee nearly earned the NCAA A time standard, finishing .35 seconds off the standard. He won the official event with a 52.43.