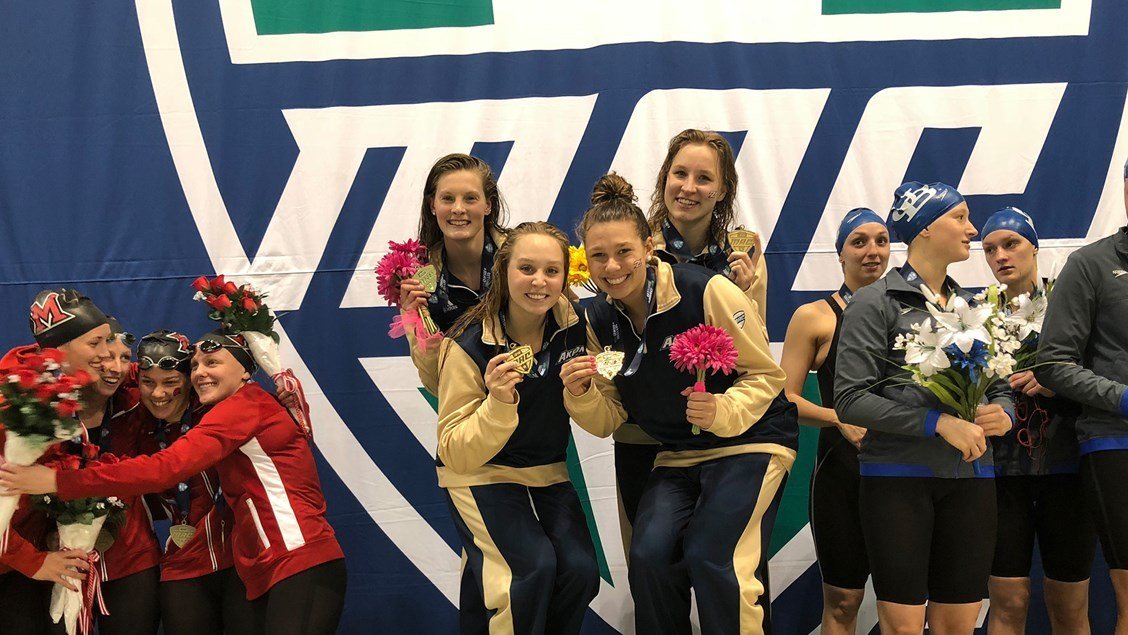 Akron comes into the new year after capturing their fifth consecutive conference title last season. The Zips will return six All-MAC First Team members from last season, including seniors Sadie Fazekas, and Madison Myers, along with last year’s Freshman Swimmer of the Year Paulina Nogaj. Leading the Zips will be reigning five-time MAC Swimming Coach of the Year, Brian Peresie, who is heading into his sixth season at the helm for the Zips.

Eastern Michigan was selected to finish second in the Mid-American Conference this season. 2018 All-MAC First Team members Delaney Duncan, Nicole Swartz, and Casey Gavigan will all return to the pool this season for the Eagles, in addition to last year’s Freshman Diver of the Year Mikela Schempf.

The Miami RedHawks were picked to finish third in the poll while Buffalo and Bowling Green were selected to finish fourth and fifth, respectively. Ohio, Toledo, and Ball State all round out the final spots in the poll.