Let’s Clear the Air: Stop Peeing in the Pool at Major Meets 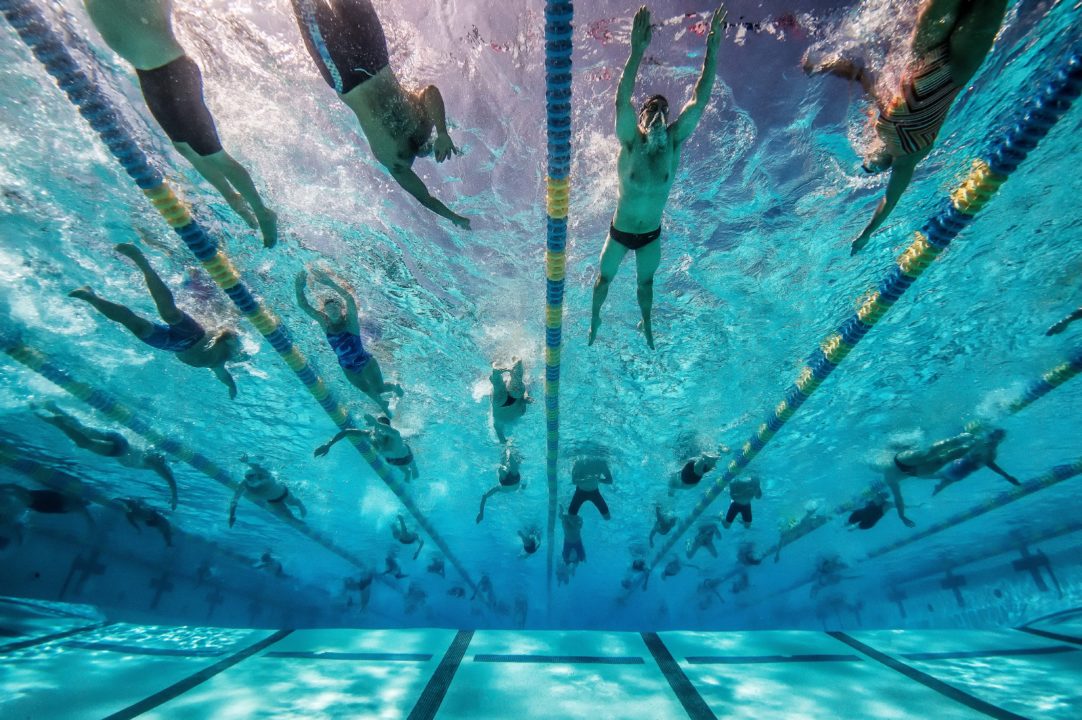 Anyone who’s ever swum in an indoor pool will tell you that the air isn’t exactly refreshing. That isn’t news. But the irritant nature of the air in an indoor facility, believe it or not, is at least partially the result of the swimmers themselves. With complaints pouring in about air quality at Winter Junior Nationals, and with my somewhat unfortunate – and apparently fascinating – “expertise” in the less glamorous side of competitive swimming, I felt I owed the swimming community a PSA of sorts.

Let’s back up for a minute. Before we dive in (heh) it’s important to know how most pools are disinfected. Chlorine is the most common substance used to kill unwelcome microorganisms that might otherwise take up residence in a pool. All kinds of interesting things happen to said chlorine once it’s been added to the fray, but for our purposes now (and to keep me from going into full-blown chemistry nerd mode) all we need to know is that this chlorine’s by-products do some interesting things. This can include acting as anti-bacterial agents, causing swimmers’ skin to itch and eyes to sting, or fading brightly colored swimsuits after a week of two-a-days, among others (which we’ll get to).

So what’s in a pool, anyway? We’ve got the water, of course. And the microorganisms that the chlorine is there to kill. We’ve also got… organic matter. Swimmers sweat, a lot, for example. It’s just less obvious when it’s constantly washed away. Swimmers also, uh, relieve themselves.

Enter chloramines. Chloramines are nasty substances that are toxic to humans, and they’re formed when the chlorine’s by-products react with organic matter (like bacteria) or, say, the ammonia present in urine. (Ew, I know.) More pee in the pool means more chloramines, which means worse air and water quality, particularly when the pool is in a poorly-ventilated indoor facility.

What do we make of all of this? Well, maybe we think twice next time before we decide not to get out of the water and run to the restrooms – particularly if the air’s already bad. I can’t imagine a full moratorium on peeing in the pool would ever materialize, but it’s worth a shot, right?

I am glad that this article is being reposted, but I don’t think it is going to help at the big meets. According to the swimmers, it is so hard to get in and out of their two sizes too small, wet competition suits that they feel they have no other option than to pee in the pool. Maybe that is another reason to go back to the suits of yesteryear.

There was a study done to determine the effect that peeing in the pool had on the air quality. It was originally thought that peeing in the pool had a great affect on air quality but the test wasn’t done using a realistic concentrations of chlorine or organic material in the chlorine. When this was fixed pee had little effect on air quality. Greensboro has terrible air quality. I have swam here multiple times and have had to run outside and walk around in the cold immediately after my race because I hyperventilate after my races. This isn’t the swimmers fault it’s how over crowded the meets are

Lets be honest here. if you didn’t know that every competitive swimmer pees in the pool whether they are 10 or 30 then your not then your not very involved with swimming and probably don’t know much about swimming anyways. I’m not trying to be mean or attack anyone, that is just the way it is. but the reason all swimmers pee in the pool comes down to it is unacceptable to get out of practice to do something you can take care of while continuing to train. personally i have peed, puked,bled, blown snot, and have come really close to shitting my self during practices in my 15 years of swimming. because I knew it was out of the… Read more »

Thank you. If you did not know that swimmers pee in the pool by now, I don’t believe you are a serious swimmer. If I’m willing to push myself to and beyond the limit by throwing-up during every set, I’m gonna pee in the pool.

Just to clear the air…this article is a re-post from Dec 2013. Back then, the Jr. Nat’s. did expose ventilation problems at the Greensboro Aquatic Center. The GAC moved quickly to install deck-level vents and to restrict the ways sponors’ curtain walls and logo banners block air-flow during national meets. My kids swim there nearly every day, and, since 2013, the GAC has hosted several large, national meets. Air quality has never been an issue. The post above by ANONYMOUS that rails on the GAC was written in 2013.

Ahhhhhhhhh! Water is warmer and I feel better.

If this is true, why do these pools that have the air problems have bad air when the pool has had no swimmers in it for 12 hours. It doesn’t add up.

For the record, I think it’s disgusting to pee in the pool. But I’ve heard that sometimes open water swimmers will poo during their races. I’ll try not to think about that during the upcoming La Jolla Rough water swim, along with not thinking about how much seal and sea lion poop is out there.

Yes, peeing may be bad for air quality and other reasons, but as for females, I think it’s kind of hard to avoid it. Especially when we were knee skin tech suits, having to take that off and on, especially when wet is almost close to impossible.