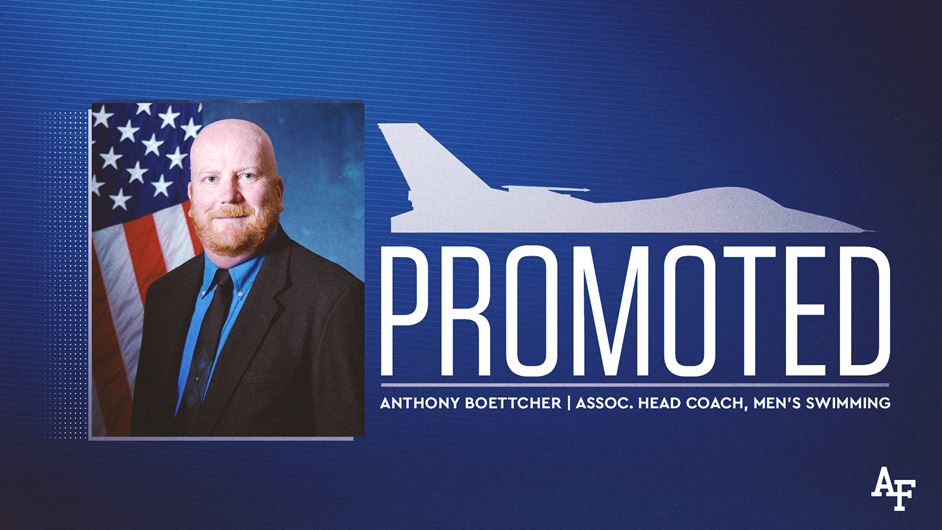 During hes tenure as assistant coach, Boettcher helped Air Force claim three WAC Championship in 2016, 2017, and 2020. He has assisted Clayton in coaching 16 individual conference champions and six conference relay champions. He has also helped three swimmers achieve All-American status in Michael Barnosky in 2016 (3rd in the 100 breast) and Zach Nelson (100 breast) and Wen Zhang (200 free) in 2020.

“To say Anthony has been integral to the growth of our program is a tremendous understatement,” head coach Rob Clayton lauded.

“His daily work with our cadets is second to none. He’s a phenomenal teacher to both athletes and cadets fortunate enough to have him in Swimming Class. More than just a coach, he’s a mentor and friend to both swimmers and his fellow coaches. I’m grateful to have worked alongside Anthony for over a decade, and look forward to the next decade as he assumes this new position as Associate Head Coach.”