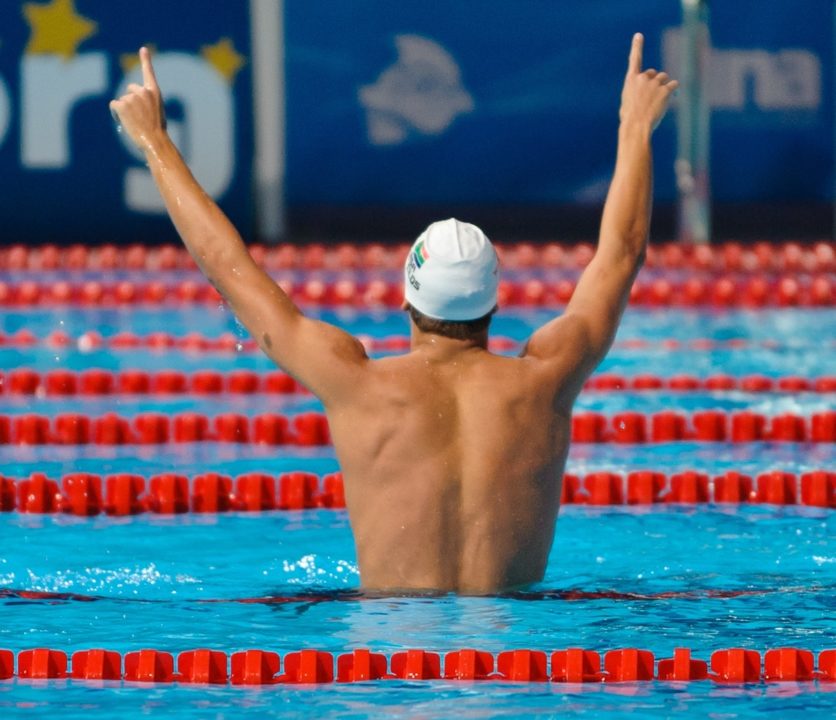 On the last two days of the 2013 FINA World Championships, Chad Le Clos of South Africa added his second Gold medal of the championships. He swam the 100 butterfly in a time of 51.06, touching out Laszlo Cseh of Hungary and Konrad Czerniak of Poland to win the Gold medal. Le Clos’s time from the 100 butterfly is a new South African National Record.

Le Clos only swam in two finals, but won Gold medals in both events. The South African team, all together, qualified for 7 finals throughout the championships. Cameron Van Der Burgh, Chad Le Clos, and Giulio Zorzi were the three South African stars this year, combining for a total of five medals. That is very impressive considering they only had 7 swims in finals.

Fardia Osman, who became the first Egyptian swimming to ever qualifiy to make it into a final at the World Championships, broke an African and Egyptian National record swimming the 50 butterfly in 26.12, finishing seventh in the event.

Wouldn’t Schoeman have that African record considering he has gone faster than that numerous times?

Ahh bossonaboat thanks, should have thought a bit longer on that one 😉