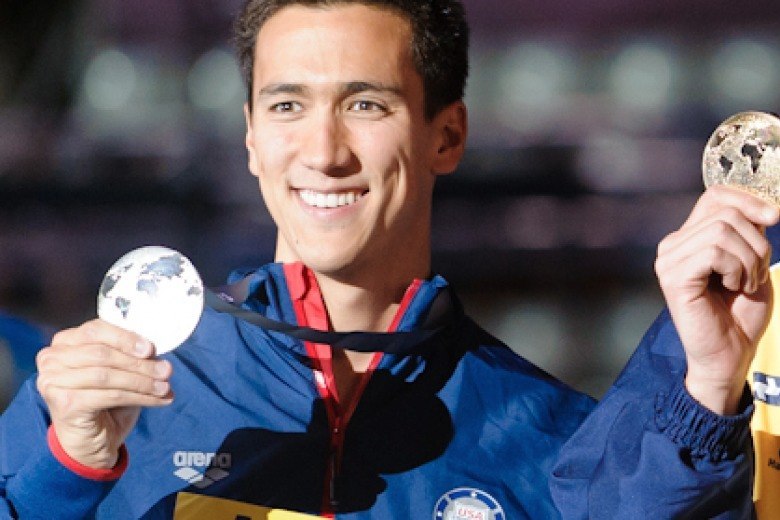 World Championship silver medalist Eugene Godsoe is part of the defending champion American squad that will travel back to Rio this month. (Photo: Victor Puig/victorpuig.com)

The four defending champions of the Raia Rapida, a quad-country, 16-man showdown between Brazil, Australia, France, and the USA, have returned for a second crack at big prize money and a lot of glory.

The Americans have confirmed that they will take the same four swimmers that came home with the prize last year: backstroker Adam Mania, breaststroker Mike Alexandrov, butterflier Eugene Godsoe, and sprinter Josh Schneider.

The meet, which runs on September 29th, is a made for TV event in Rio de Janiero, Brazil. Last year, it attracted a spectacular lineup from all four countries, and hopes are that this will happen again.

To learn more about this year’s meet, read this story.