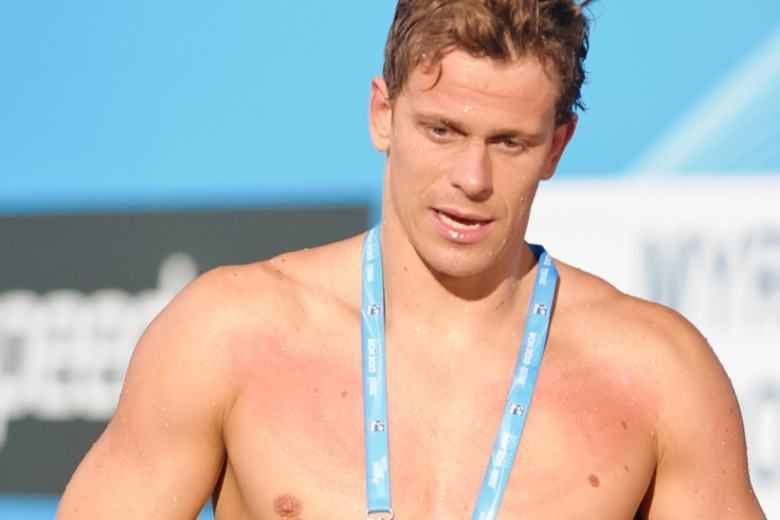 Cesar Cielo was once the greatest show in yards. Looking rejuvenated, he returns to the course for the first time in over three years. Current photo via Victor Puig

The Minneapolis Grand Prix is always the lone-wolf of the USA Swimming Grand Prix Series. It comes in the first half of the season, and is the reason why we have to refer to it as the “2013-2014” Grand Prix Series, instead of just the “2014 Grand Prix Series.” It’s swum in yards, which means that it’s a chance for pro swimmers to get a really good comparison to where they were in college, as many of them otherwise give up yards altogether.

It’s sort of an interesting opportunity to see internationals, who might not otherwise have the chance, swim yards races. It’s the only Grand Prix meet held north of the 40th parallel – USA Swimming dares only to venture to the great white north in November, ironically, where the average daily temperature straddles the freezing point of water.

No matter, onward to Minneapolis the majority of the Americans’ focus will go this weekend, and in honor of this most unusual of Grand Prixs, we’ll bring you five story lines to watch that are different from what you would have seen in the first few Grand Prixs last season: what is different this year that will make this Minneapolis meet even more unique?

1. Brazilians Break Into Yards – Brazil’s Bruno Fratus will be swimming in yards course for the first time ever in his career. Cesar Cielo, the defending World Champion in the 50 free, hasn’t raced yards since March of 2010.

But remember that Cielo is the U.S. Open Record holder, aka the fastest in history, in the 50 yard free from his days as an undergrad at Auburn.

Fratus’ swims will be his grand return from a shoulder injury that cost him his 2013 season. Cielo still feels like he’s on the mend from a knee injury of his own, but working now with Scott Goodrich at Sun Devil Aquatics in Tempe, Arizona, and doing much, much lower yardage than he was going into the Olympics, everything seems to be all systems go.

2. Mallory Weggemann – There is a single disability swimmer in this year’s meet, 2012 50 free Paralympic Champion (S8) Mallory Weggemann. She will swim the 50 free, 100 free, 100 fly, 100 back, and 200 IM at this meet. The disability swimming world is on a bit of a dry year in 2014 before ramping back up again for the 2015 World Championships and 2016 Paralympics. The Para team’s big focus meet this season will be March’s CanAm meet pitting the Americans against the Canadians.

Weggemann was hit hard on the eve of the 2012 Paralympics when she was reclassified as an S8, but she says that she’s working on building her way back up toward a full 7 event schedule by the time the big meet rolls around in March.

3. Can France Give Britain the Boot? – France’s Yannick Agnel, who is now training at the North Baltimore Aquatic Club with Bob Bowman, Conor Dwyer, and the rest of the crew, has results from one yards meet in early May, referred to as a “Grand Prix Invite” and with little serious competition it appears, more of a time trial format, but even that was enough for him to take very high seeds at this Grand Prix. He is the world’s best 200 yard freestyler right now, and won the World Championship in that event last year even with questions raging about what sort of shape or condition he’s in. Working with Bowman, we can be pretty confident that he’s now in good shape, and that could mean the now-retired Simon Burnett’s 200 yard free U.S. Open Record (fastest on American soil) is in danger. That record is a 1:31.20, which Agnel could easily crush on a full taper. He won’t have that here, but may still be good enough to get the record anyway. Even when we saw Lochte swimming at this meet, he was typically way more beat up than Agnel should be.

Burnett’s is the only U.S. Open Record held by a Brit – so it would be a little frosting for the Frenchman Agnel to take that away, given the historic rivalry between the two countries.

4. Carlos Almeida, Back in His Element – Former Louisville NCAA Champion Carlos Almeida is still training at 25 years old. The Portuguese National hasn’t quite hit his stride in long course (he failed to even make Semis at Worlds), but is back in his element, yards swimming, and will come in as the top seed in the 200 breaststroke. With no Nic Fink or Kevin Cordes at this meet, the thinness of American men’s breaststroking right now will be on display at this meet. Hopefully Almeida’s presence will raise that level a little bit; it will be fun watching him and Mike Alexandrov, another former NCAA Champion in yards, battle in Minneapolis.

5. Caitlin Leverenz Begins First Full Professional Season – Cal’s Caitlin Leverenz steps into the world of her first full season of professional swimming for the first time at this Grand Prix. The 2013 NCAA Champion will be the top seed and unchallenged in her best events, the 200 and 400 IMs, but starting to model herself after another former California-based NCAA Champion, Katinka Hosszu, Leverenz is taking on a big schedule at this meet. She’s entered in 7 events, and is the top seed in 4 of them (200 IM, 400 IM, 200 fly, 200 breast), and now that there’s prize money at the Grand Prixs (and she’s allowed to accept it), that could pay off big for her. She has the chance to continue to rack up big prize money through the Austin and Orlando meets in January and February as well, given that most of her competition in events like the IM’s and the 200 fly are still in college.

In the least, she should be able to get good competition in the 200 breaststroke, where the Minnesota women Haley Spencer and Kierra Smith are in her neighborhood.

This article brought to you by the Department of Redundancy Department.. 😉

I´d like to see if Andrew already gottan taller than Cielo and see him side by side to have a measure of his weight.. his height is know.. but Don´t know how much of a muscle the guy already has so young.

Here’s a photo with Mr Andrew in Texas last weekend.
You can compare his height with other swimmers.
https://twitter.com/JoshDavis_USA/status/398977931776520192/photo/1/large

Good pic bobo. So basically, he’s still shorter than most of the country’s premier professional sprinters. Looks like Schneider still has a tiny bit on him if you don’t count Michael’s floppy ‘do. Schneider is listed at 6’4. So I guess we can call Andrew 6’3 1/2″.

#6: the Big Ten “Meet within the Meet” with big teams from University of Minnesota and Purdue University……their top sprinters will give the international and post-grad Olympic stars a run for their money….