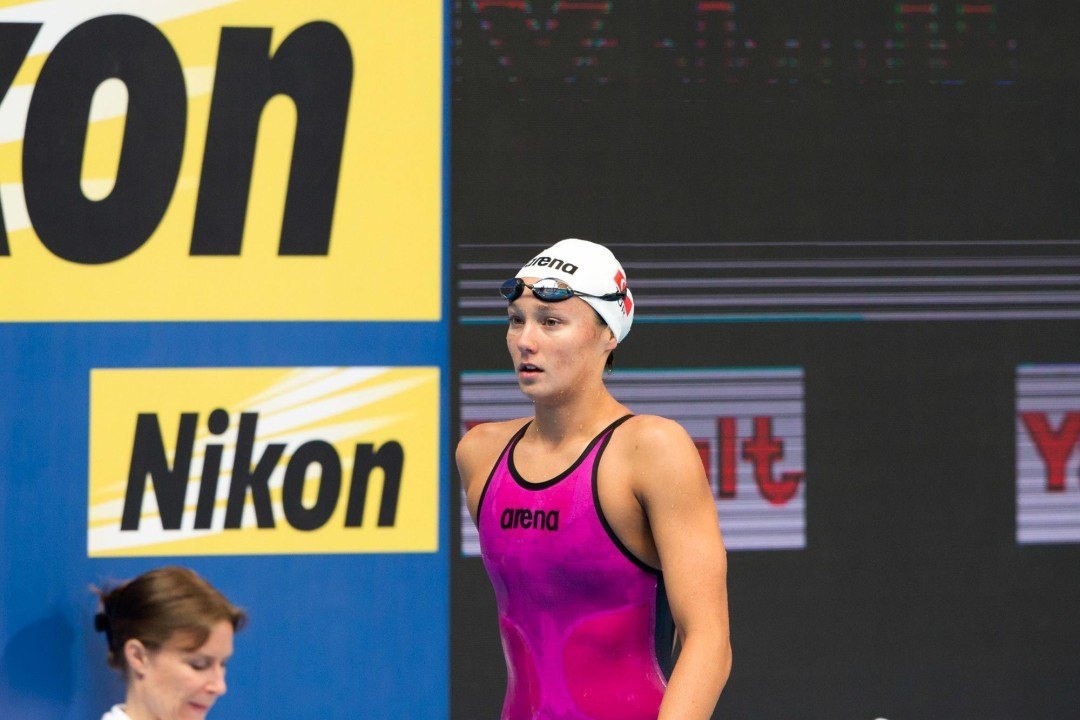 Five-time Junior World Champion  Victoria Gunes is the headliner of a 25-member National Team squad named by the Turkish Federation earlier this year.

The squad will participate in the Golden Tour circuit, which begins in Nice this weekend and continues on to Amiens and Marsliya; as well as two training camps and a meet in Pretoria, South Africa later this year.

The team was selected based on all athletes who have met the FINA “A” Olympic qualifying standard, with the addition of the top two swimmers in each event who have achieved a “B” standard.

The country also announced the rosters for several international, especially youth, meets, though Gunes’ inclusion so far is only on the list of the National Team in Nice.

Gunes swept the breaststroke events at the 2015 World Championships in Singapore representing Turkey, and also took gold in the 200 IM. Two years earlier, representing Ukraine where she was born, she won the 200 breaststroke and took minor medals in the other two distances.

She’s joined on the National Team by another foreign import, Ekatrerina Avramova. Turkey finished 19th, 17th, and 21st, respectively, in the 400 free, 800 free, and 400 medley relays at last year’s World Championships. The top 12 relays from that meet, along with the next 4 best from any meet in the qualifying period, will qualify to race at the Olympic Games, and Ekaterina will be crucial if any of them should make it. While she’s not Turkey’s best 200 freestyler, she is more than two seconds better than anyone else was on their 400 free relay in Kazan.

Gunes was the only Turkish swimmer to advance to a semi-final in Kazan.