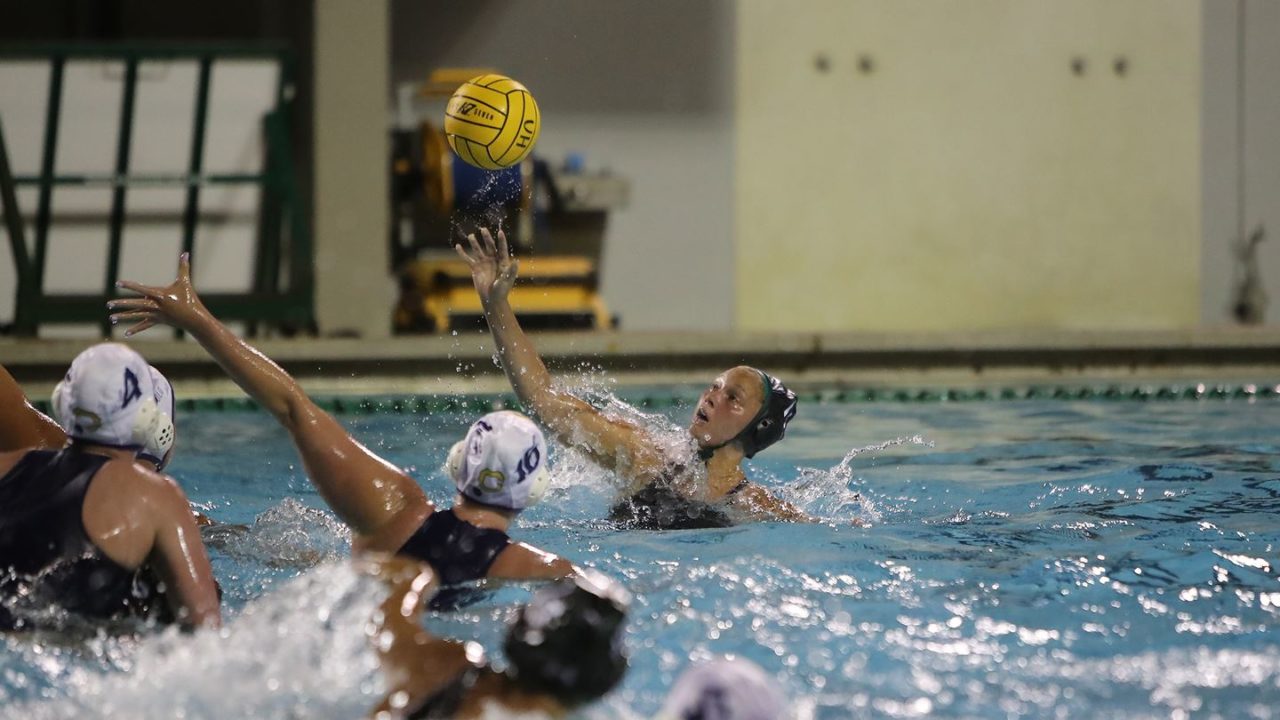 No. 5 Hawai'i scored two goals in the final three minutes to squeak by the No. 4 Cal women's water polo team 6-5 on Friday night at Duke Kahanamoku Aquatic Complex. Current photo via Hawaii Athletics

In a high-paced first period, California struck first but the Rainbow Wahine answered with two straight goals by Samantha Malouff and Emma van Rossum. The Bears found the back of the net to even the score, 2-2.

In a tightly-contested second frame, the ‘Bows looked to their defense to hold off Cal’s offense. The Rainbow Wahine forced two turnovers and deflected two shot attempts, blanking the Bears to 0-6 shooting in the frame. The lone goal of the quarter belonged to freshman Bernadette Doyle, tallying a goal off a powerplay opportunity.

With the Rainbow Wahine up 3-2, UH looked to extend their lead. Cal’s Claire Soone notched her second score of the game before Irene Gonzalez connected on her first goal of game to retake the lead. With two minutes remaining, the Bears answered to tie all scores at four apiece.

With the momentum on their side, the Bears kept it going in the final eight minutes as Cal’s Elli Protopapas netted a goal to give Cal a 5-4 advantage with 6:04 remaining. With plenty of time on the clock, the Rainbow Wahine tied it all up with an arching shot by Carla Abellan as the shot clock expired. With under two minutes to go, Schaap’s somehow found the back of the net, off a rainbow goal that proved to be the game-winner.

The Rainbow Wahine will take on their final regular season road trip, with a Big West Conference showdown against No. 10 UC Irvine on Apr. 5 at the Anteater Aquatics Complex.

HONOLULU – No. 5 Hawai’i scored two goals in the final three minutes to squeak by the No. 4 Cal women’s water polo team 6-5 on Friday night at Duke Kahanamoku Aquatic Complex.

The match marked the third of the season between the teams, and each was decided by two goals or less. Cal took two of three from Hawaii, winning 12-10 at the Barbara Kalbus Invitational in February and then defeating the Rainbow Wahine 10-9 at home on March 10 after jumping out to a 9-3 lead and then holding on.

Wright added two steals and an assist for the Bears, who played their final road game and last nonconference game of the season Friday.

Cal has four matches remaining in the regular season, all at home and all in MPSF play. The Bears’ next game is April 6 against No. 1 USC. The match begins at 1:30 p.m. and will air on the Pac-12 Networks.