30 Olympic Spots Up for Grabs in Portugal 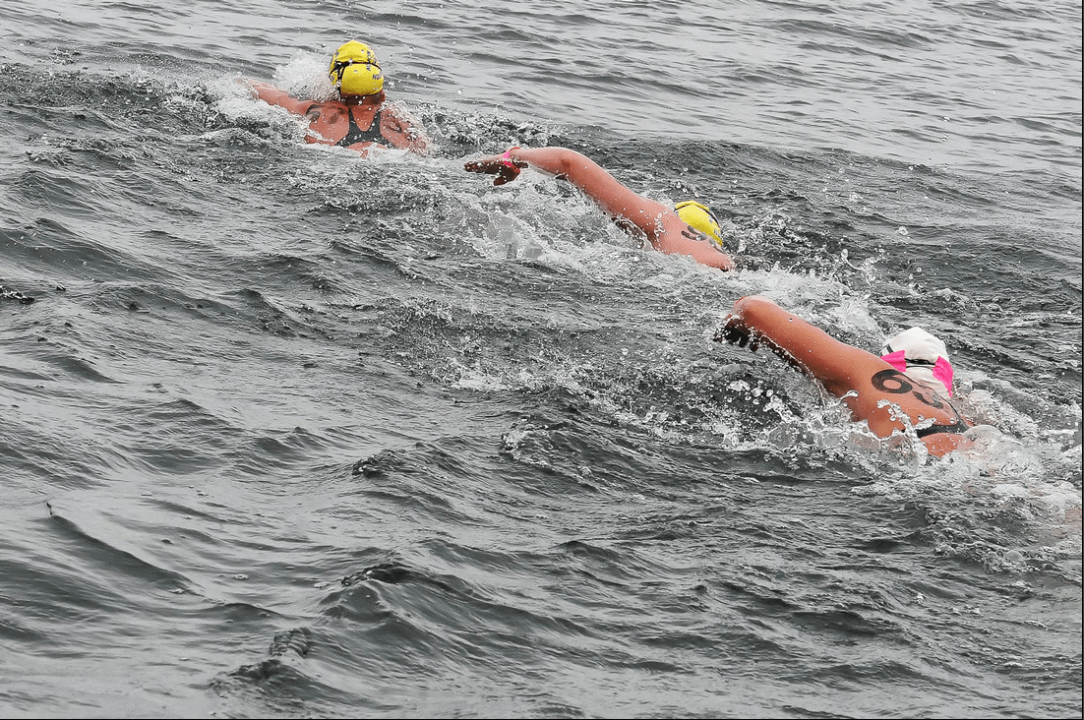 Haley Anderson and Ashley Twichell will be vying with 100 other swimmers for spots in the Olympics (Photo Courtesy: Mike Lewis/SwimImage.com)

Friday and Saturday will be the final opportunity for open water athletes to contend for the Olympics, as the Open Water 10km Qualifier will take place in Setubal, Portugal. As of the last list published by FINA, there will be 61 entries on the men’s side and 41 on the women’s, with 44 different countries represented. The top 10 (one per country) will advance on to the Olympics, plus a few extra spots depending on where those top 10 come from.

The women’s race will push-off on Saturday and the men’s on Sunday, with the events both starting at 4PM local time (11AM New York Time). Coming from here in the states, that sounds like an awfully peculiar time to begin an open water race, given that here we often start early in the morning to avoid the worst of the heat.

However, this is why the hosting of these events in somewhere like Setubal, just south of the capital Lisbon, is so brilliant. The meet can be held at a more spectator-friendly hour, and hopefully attract a bigger crowd, because of the more temperate weather conditions.

The current readings on the course put it about 63 degrees farenheit (18 Celcius), which is on the high-end of normal for this time of year. The air for race time is expected to be in the neighborhood of 77 degrees. The water will probably be a few degrees cooler than most of the athletes would prefer, but it’s far away from the danger zones of heat. Further, this will be good preparation for London’s Serpentine, which is a cooler course (though probably not quite this cold either in early August).

There is a little bit of surf currently in the area, but wave activity is expected to calm throughout the weekend (down to 1.5 meters on Saturday, and closer to a meter on Sunday.

All-in-all, it should be a pretty fair race.

The course is run in a rectangular shape, with the sharpest turn at the first buoy. This will be a 6-lap swim, with a right angle turn just about 200 meters from the finish line – which could set up a fury of a finish. This will be a drastically different shape than we saw at US Nationals, however, where athletes had 400 meters from the last turn (which was a softer angle) to sort themselves out. The two courses are below, for comparison.

The course for the 2012 Olympic Open Water Qualifier in Setubal, Portugal

Among the favorites in the women’s race are China’s Fangqiao Yang, who was 12th at last year’s World Championships, and Ukrainian veteran Olga Beresnyeva who was the 2010 European Champion. Venezuela’s Andreina Pinto, who trains with the Gator Swim Club, would be a great pick for the top 10 as well, but she’s opting out of this race, ceding a spot to her older sister Yanel Pinto (who did not complete the course in Shanghai).

American Ashley Twichell, though she didn’t swim this 10k in Shanghai, has thrust herself into the lead role for as high as a top-3 finish in this event after a dominant performance at US Nationals. She’s only had open water in her head for about a year, but she’s one of the best young prospect the sport has seen in years. The other American will be Haley Anderson from USC, who was 2nd at US Nationals and also didn’t swim this race at last year’s World Championships.

In the men’s swim, the two heavy favorites have to be Italy’s Valerio Cleri and Kazakhstan’s Yuri Kudinov. Cleri is one of the top five 25km swimmers in the world, but with a year to focus a little bit of speed on just this 10km swim (where he was the World Champ in 2010 in Canada), he will be ready-to-fire.

Britain’s Daniel Fogg was outstanding at Britain’s pool trials in March, though it will be tough on such a quick turnaround for him to get himself back up for this open water race (none-the-less his confidence is soaring). His teammate David Davies is the defending Olympic silver medalist though and will be out for blood, as only one of the pair can make their way to the Olympics this year (though, as the host country, one of the two is guaranteed a spot).

South Africa’s Chad Ho and Canada’s Richard Weinberger are also big favorites to make their way into the Olympics in this race. In a race that will be dominated by veterans (a majority of the top 15 finishers or so will be in their 30’s), this pair will inject some youth into the lead pack. Weinberger won the Olympic test event in August in London. That win was a bit of a surprise, as he upset open water superstars like Germany’s Thomas Lurz (already qualified). With that confidence behind him, Weinberger should really push the pace early (he’s known to take races out hard) and test the wills of his competitors.

The Americans, with Alex Meyer already qualified, will have no entries in the men’s race.

A full list of entries can be seen here.