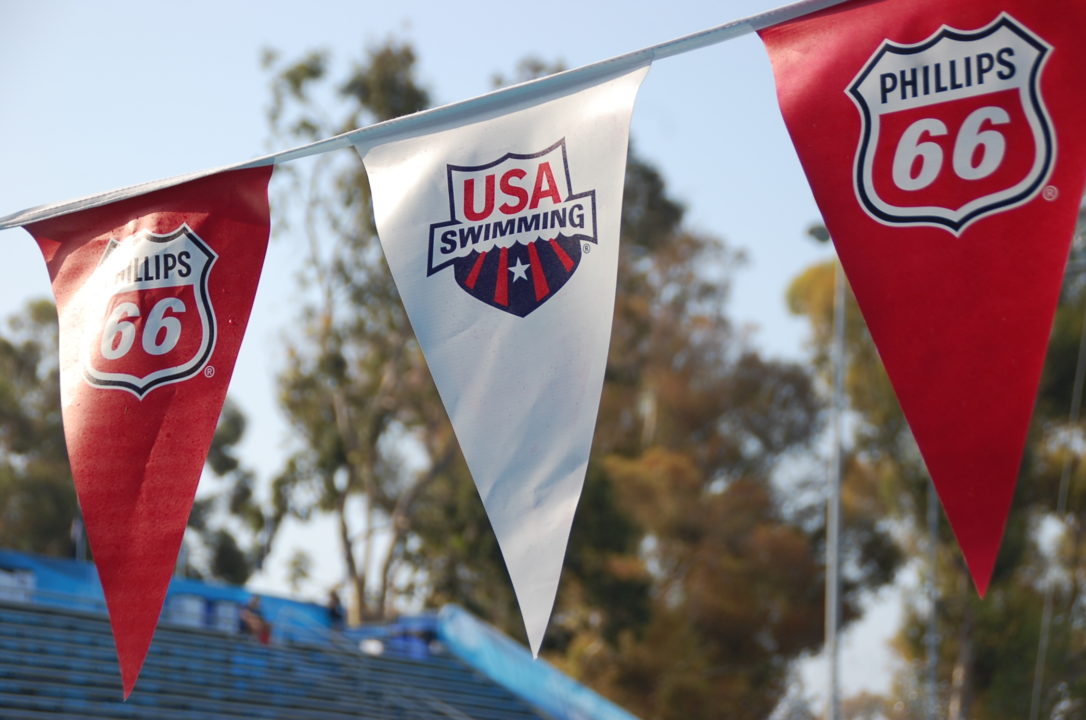 3 USA Swimming coaches and an insurance executive will join the USA Swimming Board of Directors for the 2019-2020 season. Stock photo via Anne Lepesant

The top 4 vote getters each received a spot on the Board of Directors, with the top 2 vote getters, Prindle and Schalz, receiving 4 year terms.

Schalz, the owner of the Academy Bullets Swim Club in Illinois, checked both boxes needed by the group of 4 to align with their new governance policies in that he’s both a coach and represents the Central Zone. He was the only nominee that satisfied both requirements.

Of the new members of the Board of Directors, 2 are women and 2 are men. The Board of Directors now has 6 women and 9 men in total among its members, as compared to 5 women and 10 men last year (after Teri McKeever was appointed to replace Jim Wood when the latter died). All 4 athlete member positions on the board have continuing terms from their election last season.

The new elected individuals include three veteran coaches in Schalz (Academy Bullets), Gibson (Swim Fort Lauderdale), and Prindle (Performance Aquatics). Prindle also has a lot of outside-of-the-sport experience as a senior executive in the fashion industry, including 10 years as the Director of International Sales for the Liz Claiborne brand.

Chung is the outlier as a non-coach. He works as a meet referee and as an official with his children’s swim club, but his primary vocation is as the Executive Vice President of Commercial Insurance at Chubb Group. With a number of past and pending lawsuits against USA Swimming related to its handling of abusive coaches, the organization’s insurance policies have been under a spotlight over the last decade.

Returning voting members of the Board of Directors:

Biographies of new members of Board of Directors, courtesy: USA Swimming