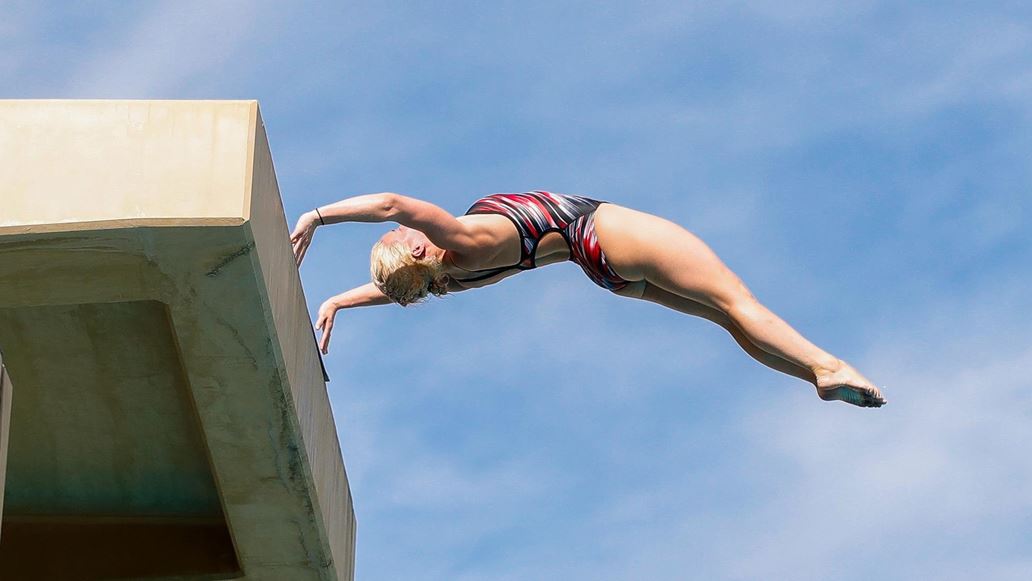 The USC Trojans added three female divers to their NCAA lineup on Wednesday in Flagstaff, bringing the team total to four. Current photo via Hali Helfgott

Arizona’s Delaney Schnell completed a sweep of the women’s events at the Zone E Championships in Flagstaff, cruising to a near-100-point margin of victory on platform.

A total of nine NCAA spots were up for grabs in the event, with seven of them going to divers who hadn’t qualified through the first two days of the competition.

Leading that group was Wyoming’s Melissa Mirafuentes in third, while USC added three more divers to their roster to give them four for NCAAs, while the Stanford women added one to also get to four.

The Cardinal women’s swimming team qualified 14 for NCAAs, so Stanford will be able to bring all four divers to nationals.

Five qualifying spots were available in the men’s 1-meter event, and Utah’s Tony Chen was the lone diver to finish in the top-five who hadn’t yet qualified for NCAAs.

Stanford’s Conor Casey came out on top, while Arizona’s Bjorn Markentin and USC’s Georgii Korovin solidified themselves as the only two male divers in Zone E who can compete in all three diving events at NCAAs. Markentin was seventh in this event, but seeing as he had already qualified, all he needed to do was finish in the top-12 to be able to compete on 1-meter at nationals.

15 women and 10 men qualified to dive at NCAAs over the course of the Zone E Championships, with six women and four men earning reimbursement.