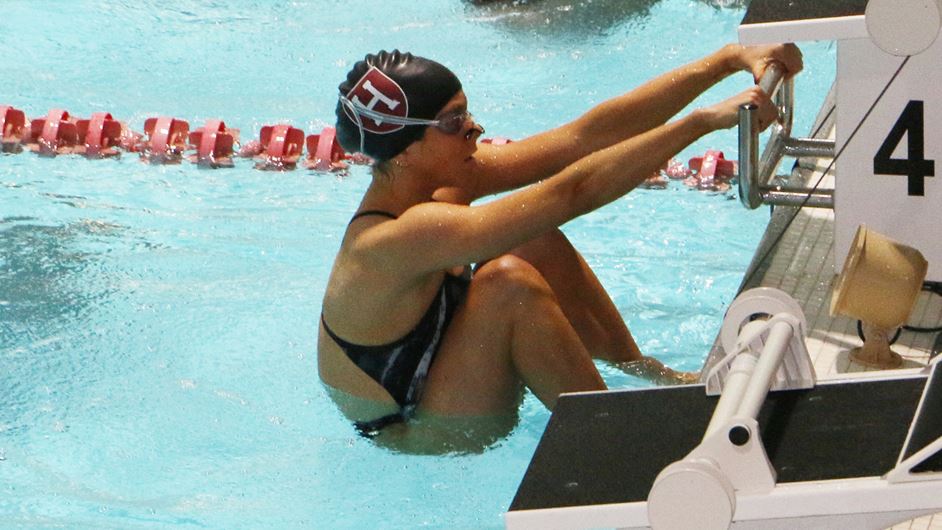 Harvard had a strong morning on Day 2 of the 2022 Women's Ivy League Championships, placing 12 swimmers and divers in A finals. Archive photo via Harvard Athletics

Harvard had a strong morning on Day 2 of the 2022 Women’s Ivy League Championships, earning 18 finals spots, 12 of which were in A-finals. The Crimson did better than their psych sheet seedings in the 500 free and 200 IM, and they pulled off the biggest feat of the day by placing five divers among the top-8. Harvard swimmers Felicia Pasadyn and Samantha Shelton will be the top 2 seeds in the 200 IM and their divers, led by Morgane Herculano, ranked 1-2-3-4 after prelims on the 1m board.

Princeton qualified 16 finalists, including 7 in A finals. After a disappointing 500 free, the Tigers had strong showings in the 200 IM, with Jess Yeager and Liza Whitmire qualifying third and fourth, and the 50 free, with Nikki Venema placing second. They also secured an A-final spot in diving.

Penn qualified 14 for finals. The Quakers will have the three middle lanes in the 500 free thanks to morning performances from Lia Thomas, Anna Sofia Kalandadze, and Catherine Buroker. Yale earned 5 A-final slots and made 13 finals overall. Iszac Henig was the fastest 50-freestyler by nearly half a second, and will take aim at the Ivy League meet record tonight.