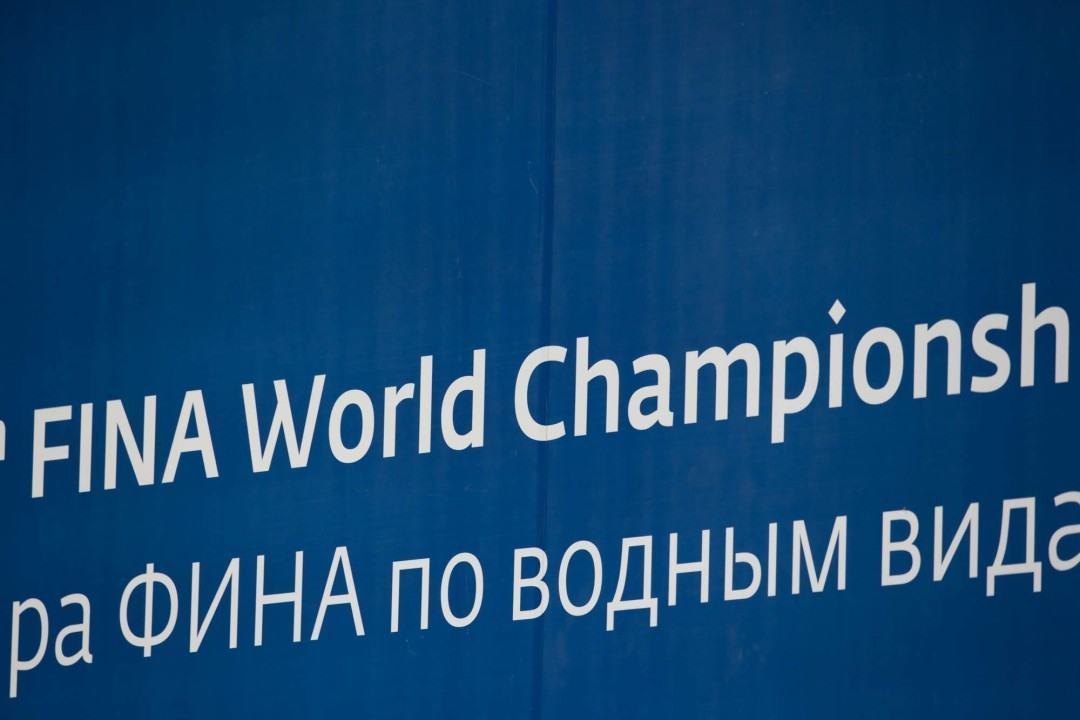 The meet is scheduled to begin one day after Russia's ban on hosting world championship events ends. Current photo via Tim Binning/TheSwimPictures.com

The 2022 FINA World Championships in Kazan, Russia will take place from December 17-22, 2022, FINA announced on Tuesday.

The city also hosted the 2015 multi-discipline long course World Aquatics Championships, as well as the recent FINA World Cup stop. Over 1,200 athletes from 180-plus countries are expected to participate in Worlds next year.

“We are absolutely delighted to be returning to Kazan for the FINA World Championships (25m) 2022 in Kazan (RUS). This city loves aquatics sports. The facilities are world class and provide the ultimate environment for the athletes to perform at the very highest level,” FINA President Husain Al-Musallam said in the announcement.

In 2019, Russia was initially handed a four-year ban from hosting any world championship event as part of the fallout from the state-sponsored doping regime uncovered after the 2014 Olympics. In December 2020, however, that ban was reduced to two years, running through Dec. 16, 2022 — one day before the start of Short Course Worlds.

“As home to the state-of-the-art Kazan FINA Development Centre, Kazan is already doing so much for the development and education of future swimming stars,” Al-Musallam said. “Hosting the FINA World Championships will be an opportunity to continue this journey and develop the next generation of aquatics athletes in the Republic of Tatarstan and beyond.”

The long course World Championships were postponed from 2021 to May 2022 due to the pandemic.

Next year’s gonna be exciting we got LC and SC worlds in the same year.

2016 edition was not hosted in Kazan, it was in Windsor, Canada.

Way too close to Christmas really. People from australia for example will be lucky to get home by Christmas Eve

Christmas in Russia is not till early January , so plenty of time to enjoy it .