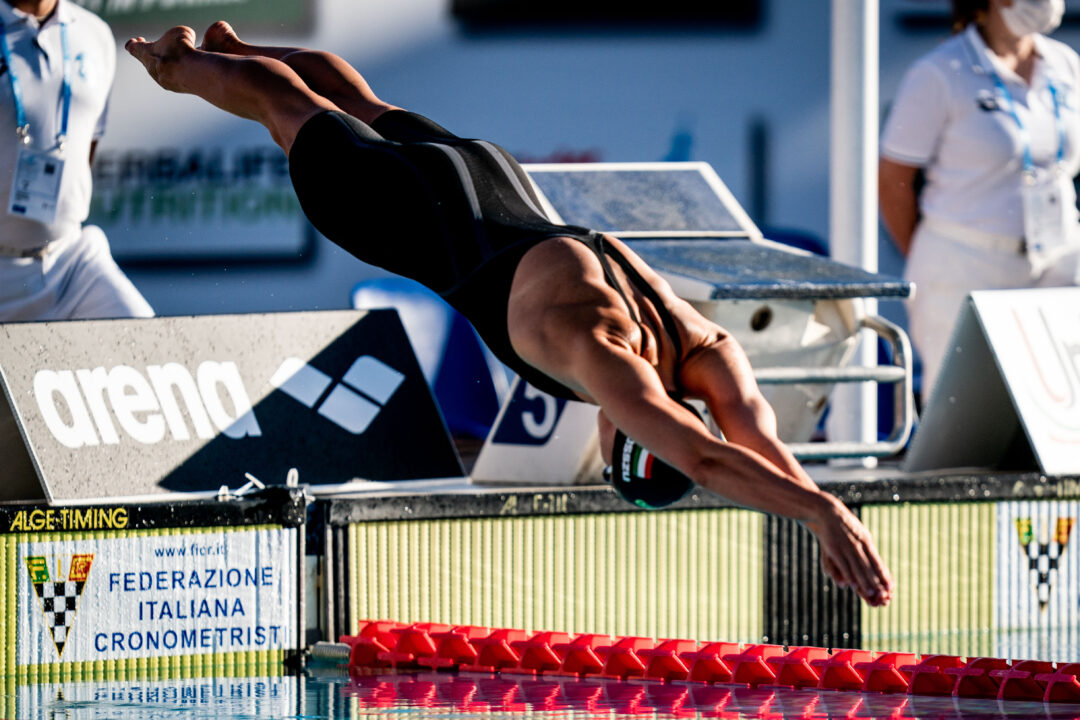 The 2021 prize money system will disperse awards by meet and overall series ranking. In 2019, any top-six event finisher could earn prize money. Stock photo via Mine Kasapoglu

FINA has now finalized prize money for the four-stop schedule for the 2021 World Cup Series, which will take place during the month of October. All four stops will be contested in 25-meter pools (SCM), all acting as qualifiers for the 2021 FINA World Short Course Championships, which will be held in Abu Dhabi, UAE from December 16-21.

The 2021 prize money system will award swimmers both by single meet ranking and by overall series ranking.  There are two ways a swimmer can score points at each World Cup meet. Qualifying into any event championship final guarantees a swimmer points based on finishing in the top eight. A swimmer can also collect performance points, converting their finishing time into FINA points, which contributes to that event’s points.

There is no limit to the number of events a swimmer can compete per meet. However, only that swimmer’s top three best events, based on the sum of their position/performance points, are counted towards their score. Full information regarding 2021 World Cup prize money can be found on this document here.

As mentioned before, there are two ways a swimmer can earn points at a meet: qualifying into a championship final and performance points. Any championship finalist can score between 1-10 points based on their top-eight placement, with first place earning 10 points while eighth place earns one point.

Every swim also receives performance points based on the current FINA points system. In the table below, a swim that equates to between 990-999 FINA points will score an additional 9.9 points to their position points. If that 9.9-point swim were to win an event, that would total 19.9 points. A reminder that a swimmer’s top three best results can only count towards their meet score, so if a swimmer were to swim six events, only their best three events will count towards their score based on position/performance points.

*In case of a score tie, the result with the higher FINA-points performance will be used, regardless of position.

A total of $576,000 will be dispersed to the top 10 swimmers of each gender at the end of the series based on the overall ranking. Scoring and ranking is calculated based on results from all meets completed by a swimmer. In the case of a tie, the swimmer with a better performance, based on FINA points, at any event throughout the series will get the higher ranking.

All prize money payments will be finalized upon confirmation of negative doping test results.

The 2019 prize money system was very different from the new 2021 system. During the 2019 series, prize money was offered for the top six finishers in each event, plus bonus series points to the top three finishers. Likewise, the top three individual performances based on FINA points at meets earned bonus points. Additional monetary bonuses were then awarded for how well an athlete finished within a cluster and on the whole tour.

Competing in one or both of the two stages does not impact prize money or bonus points, whereas $157,000 was offered at each of the three clusters in 2019, an additional $471,000 monetary award. The majority of 2021 prize money comes from swimmers completing the entire four-meet series, which is a total of $556,000 offered for the top 10 swimmers for each gender.