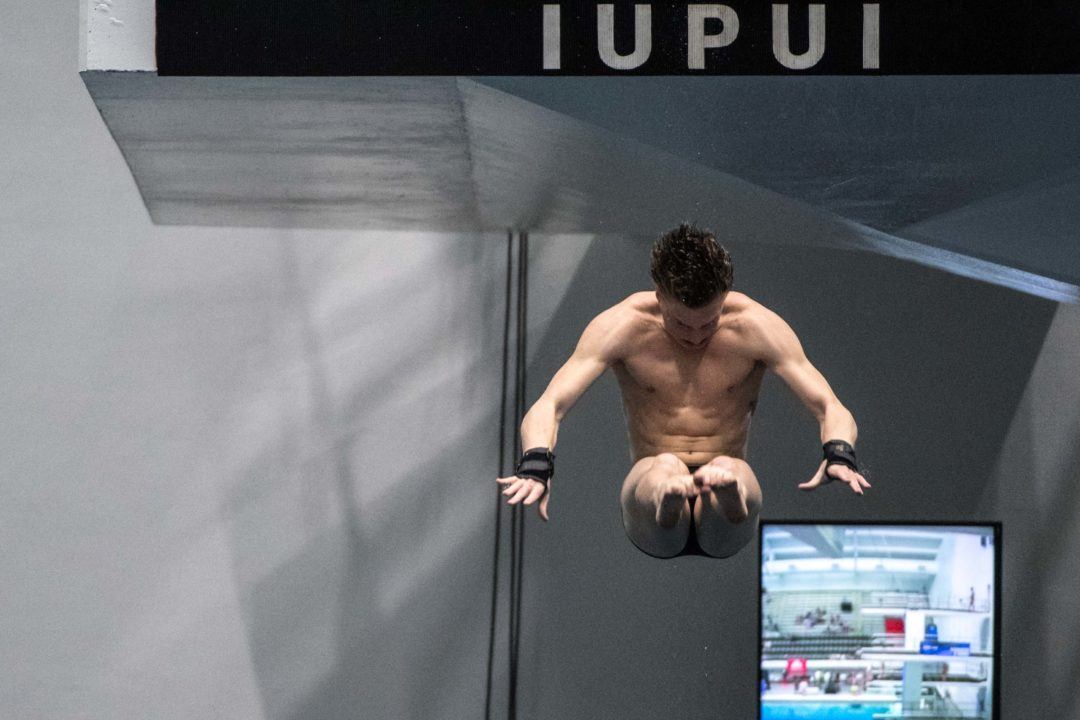 The Stanford women got a big boost to their NCAA title hopes in the form of three qualifying NCAA divers on the 1-meter springboard. Stock photo via Mike Lewis/Ola Vista Photography

Arizona State’s Youssef Selim won the men’s 3-meter event on Day 1 of Zone E Championships, and Stanford got one of its two divers into NCAAs.

Selim was a scorer last year, taking 16th on 3-meter at NCAAs. He’ll book a return trip in his senior year, and now only needs to be top 12 in his other events to be able to contest them at NCAAs as well.

Stanford’s Conor Casey took second, about 20 points back of Selim. However, the surprise was that his teammate Noah Vigran didn’t make the cut, finishing 8th with only seven divers making the invite list. Vigran isn’t out yet – he could still add this event by virtue of a top-12 finish, but he has to qualify for an invite through another event. Only 4 men will earn invites on 1-meter tomorrow, but 6 can earn invites on platform.

Vigran was 6th at NCAAs last year in this event, so missing out would be a pretty big blow for the Cardinal.

Cal’s Connor Callahan also missed the cut – he was 10th overall. USC’s Henry Fusaro showed a return to form – he scored way back in 2017, but hasn’t scored at NCAAs since. Fusaro is qualified after a third-place finihs, and USC got two men into NCAAs today.

With the entire top 12 making NCAA invites, the field was pretty relaxed at the top, with all the big names getting in comfortably. Newcomers Daphne Wils and Ruby Neave took the top two spots on 1-meter. Wils competes for Hawaii – she’s technically a sophomore, but did not compete in the NCAA last season. Neave is a UCLA junior, but hasn’t yet competed at the NCAA level after dealing with an injury last year.

Stanford’s returning NCAA scorer Carolina Sculti qualified third. The good news for Stanford is that Mia Paulsen, who missed scoring last year and only qualified for NCAAs on 3-meter and platform, qualified easily this year in 4th place. The bad news is that sophomore Daria Lenz, who scored last year, didn’t have a great showing and was 11th overall. That still gets her an NCAA invite, but she’ll have to dive better to score like she did last year.