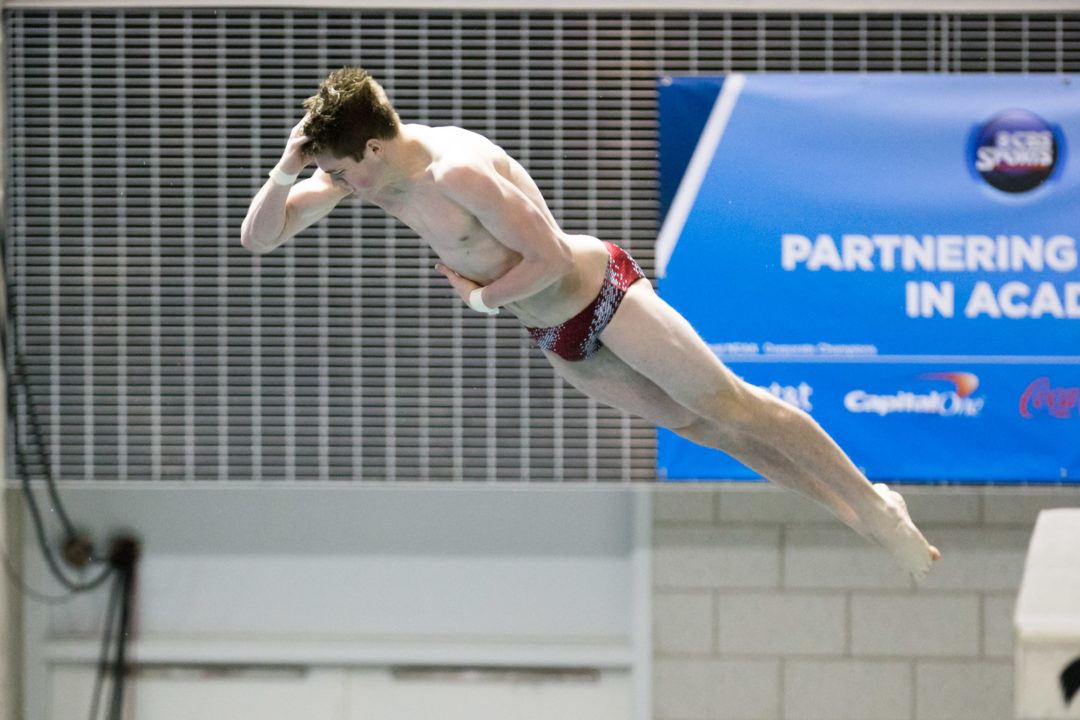 The NCAA has announced its host sites for the 2017 NCAA Zone Diving Championships, the meets that will qualify divers for the college national championships. Archive photo via Tim Binning/TheSwimPictures.com

The NCAA has announced its host sites for the 2017 NCAA Zone Diving Championships, the meets that will qualify divers for the college national championships.

Virginia Tech, Auburn, Indiana, Missouri and Northern Arizona will serve as the five host campuses, with only Northern Arizona repeating as host from last year. The meets will take place in early March. As with last year, four of the five zones take place on the same day, with Zone C diving a few days later.

Zone E remains at Norther Arizona, just as it was in 2016. Zone C will stay within the state of Indiana – lat year’s host was Purdue in West Lafayette. The other three Zones will jump state lines. Zone A was in Maryland at Navy last year, Zone B was at Georgia Tech and Zone D was in College Station, Texas at Texas A&M’s facility.

Once again it’ll be Zone C that competes last, running through March 11. The other three meets are March 6-8. Each Zone is allotted a specific amount of NCAA qualifiers, all of whom have their travel to the NCAA meet reimbursed. In addition, a relatively new rule allows other divers to qualify to compete at NCAAs, though their school is responsible for paying their travel expenses.

It’s always difficult to find the number of spots allowed each zone every year (since it’s constantly changing). Can you please post that information, too?