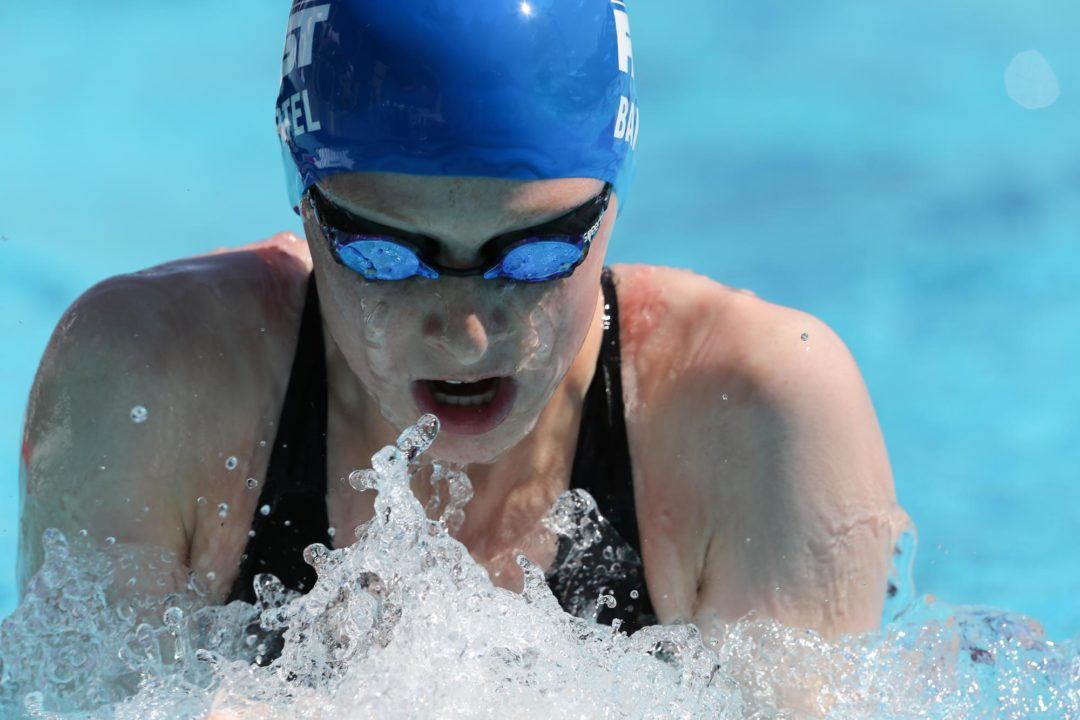 Zoe Bartel (above) is a heavy favorite in both women's breaststroke races. Archive photo via Tim Binning/TheSwimPictures.com

The psych sheets for the 2016 United States Summer Junior National Championships are out, and a star-studded field will bring a bigger meet than the U.S. Open that warms up the pool beginning today in Minneapolis.

Michael Andrew is scheduled to pull a double with the U.S. Open, opening his schedule up into his primary events. He’s seeded 6th in 8 events at the meet, including the 100 breaststroke that he placed 4th in at the Olympic Trials.

Among the stars on the girls’ side of the pool is 15-year old Zoe Bartel from the Fort Collins Area Swim Team. She enters the meet as the top seed in both the 100 breaststroke by a second-and-a-half (1:08.29) and in the 200 breaststroke by more than three seconds (2:28.17). She’s one of America’s best juniors in a stroke that is relatively veteran at the national level – there were no swimmers aged 18 or younger in the final of either breaststroke event at the U.S. Olympic Trials.

Other early highlights (with a full preview to come next week):

Again! No mention of Kenisha Liu! Entered in 8 events, Top 10 in all of them and Top Seed in 3 of them!

But very excited for the meet to say the least. Still a smaller meet than past years, but it looks to still be quite competitive!

I love that meet every year. We always see future stars.
But it’s better when the best swim. There are many missing names this year.
No Maxime Rooney
No Eva Merrell
No Reece Whitley
No Tristen Ulett
No Alex Walsh 😥
No Destin Lasco 😥 He’s at the US Open. Why he doesn’t swim the junior championships in the same pool the week after? 😥
Fortunately the local star Regan Smith is present.
Other interesting names for the future in my opinion: Zoe Bartel, Michael Andrew, Drew Kibler, Kenisha Liu, Ethan Dang, Anya Goeders, Mariah Denigan, Erica Sullivan, Wyatt Davis, Carson Foster, Madelyn Donohoe, Daniel Roy, Lucie Nordmann or Grace Ariola.

Maxime Rooney is still junior??
Isn’t he like old?

I genuinely think Kibler is someone to watch for the future.

Sad not to see hoffer