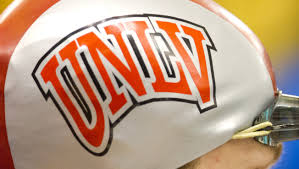 Led by Dillon Virva, the UNLV men look to add another WAC championship to school history

Grand Canyon sophomore Hannah Kastigar (4:12.42) set the tone early well ahead of the field at the 200 mark.  That time is 2-tenths under the invited time of last year’s NCAA championships, we will have to wait to see how things shake out tonight at last chance meets across the country for her NCAA berth.  Northern Arizona kept their hold on the team title with Kendall Brown, (4:19.71) Monica Pruett (4:22.63) and Melanie Harris (4:24.44) touching 2nd through 4th.  Kastigar’s teammate Yara Fakhry  finished 5th for Grand Canyon touching at 4:28.30.

Iegor Lytvenok of Grand Canyon (3:43.52) took down reigning champion Ryan Nelson (3:47.63) of Wyoming in the 400 IM for the conference title. In the process Lytvenok broke the pool, WAC, and WAC meet record for the 400 IM and more than likely punched his ticket to NCAA’s.

Adam Kalms (1:34.39) could not match his 200 Freestyle from last years championships but still led the field from start to finish out touching Tom Paco-Pedroni (1:34.78) of UNLV.  Kalm’s current time and Paco-Pedroni’s lead off from Wednesday (1:34.16) has both swimmers under last year’s invited 200 free time.

Jessica Legge of New Mexico St touched first (1:01.74) taking out the first 50 a whole second ahead of the rest of the field.  Seattle’s Blaise Wittenauer-Lee (1:02.63) and Vangelina Draganova (1:02.64) went to the wire touching just ahead of Northern Arizona’s Urte Kazakeviciute (1:02.90). Underclassmen Steph Fry (1:03.36) of North Dakota and Dylana Milobar (1:03.49) of Bakersfield placed 5th and 6th respectively in the championship heat.

Air Force junior Michael Barnosky knew he would have a shot at the WAC record after his 23.59 breaststroke split from night 1.  That chance became a reality by the slimmest of margins as Barnosky touched the wall at 53.11, a one hundredth under David Szele record set at last year’s championships.  Barnosky should get the nod to NCAA’s with his time from last night.

UnLV junior Henrique Machado was unable to win his race against his record from last year’s championshps.  Machado (47.08) essentially in a race by himself beat our Air Force’s Devon Davis (48.80) and teammate Caio Hanaoka Dini (49.16) to repeat at the WAC conference champion.

Northern Colorado sophomore Savanna Meadows held her top seed from prelims winning the platform with a score of 222.80.  New Mexico State Lauren Reifel placed second with a score of 215.10  and Meadow’s teammate Kelsey Smith joining her on the podium with a score of.205.65.  Northern Arizona divers scored big points placing 4th, 7th, 8th, and 9th on the platform.