2015 Men’s NCAA Champioships: Texas Qualifies 6 Swimmers For The A final Of The 100 Butterfly 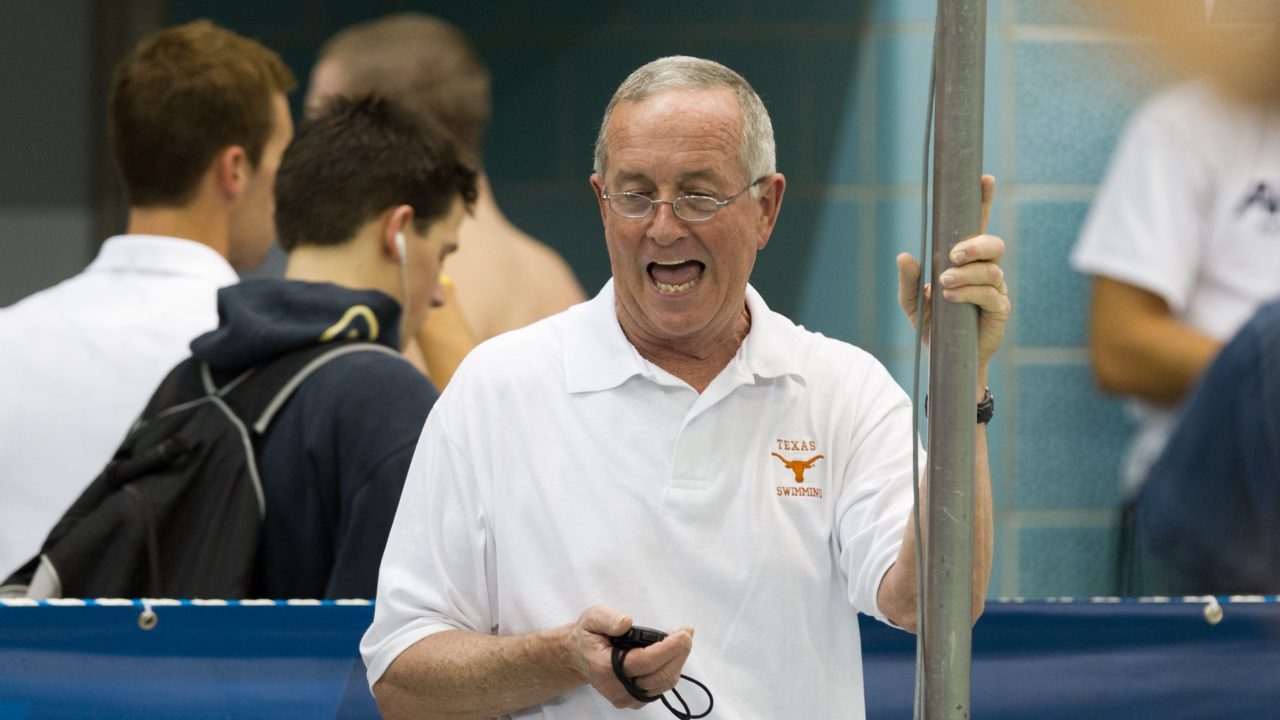 On paper, Texas is expected to score 91 points from the 100 butterfly alone. Without any DQ's, the best they can do is pick up 95 points and the worst the can do is score 81 points. Archive photo via Tim Binning/TheSwimPictures.com

Yesterday, Texas had the best morning session as a team with 6 A final swims and one B final swim. Today, Texas’ butterfliers started engraving their name on the 2015 National Championship trophy after a monster showing in the prelims 100 butterfly. It is one thing to sweep a dual meet, or even the Big 12 Championships, but it is unheard of at the NCAA Championships. Typically, the biggest final for one team that you will see from one team is two, maybe three swimmers. After looking through the NCAA Championships results, the biggest finals that we have found so far from one team was Auburn in 2003 and then again in 2007. They had four swimmers qualify for the A final of the 50 freestyle. Texas also put four swimmers into the A final of the 200 freestyle at the 2009 NCAA Championships.

The Longhorns just put SIX swimmers into the A final of the 100 butterfly. Yes, you read that correctly, SIX!

Texas is now in a position to outscore all but the top 9 or 10 team’s final scores for the entire meet in the 100 butterfly alone. On paper, Texas is expected to score 91 points from the 100 butterfly. Without any disqualifications, the best they could do is pick up 95 points and the worst the could do is score 81 points.

Nevermind… I see the note above on ’88. Impressive groups both years.

USC also had four in the 1987 500-yard freestyle final — Jorgensen, O’Brien, Fahrner and Chalmers, I believe.

anybody think about the fact that they could throw down a sub 3:00 400 free relay. I know plenty of high school or even mid major d1 teams who would want those four flyers as their 400 free relay.

The 88 Southern Cal results I posted earlier were from 1987.

Has any team ever gone 1-2-3 in an event before at NCAAs?

It is shocking to be that dominant at the highest level of SCY swimming!

Hats off to TEXAS!