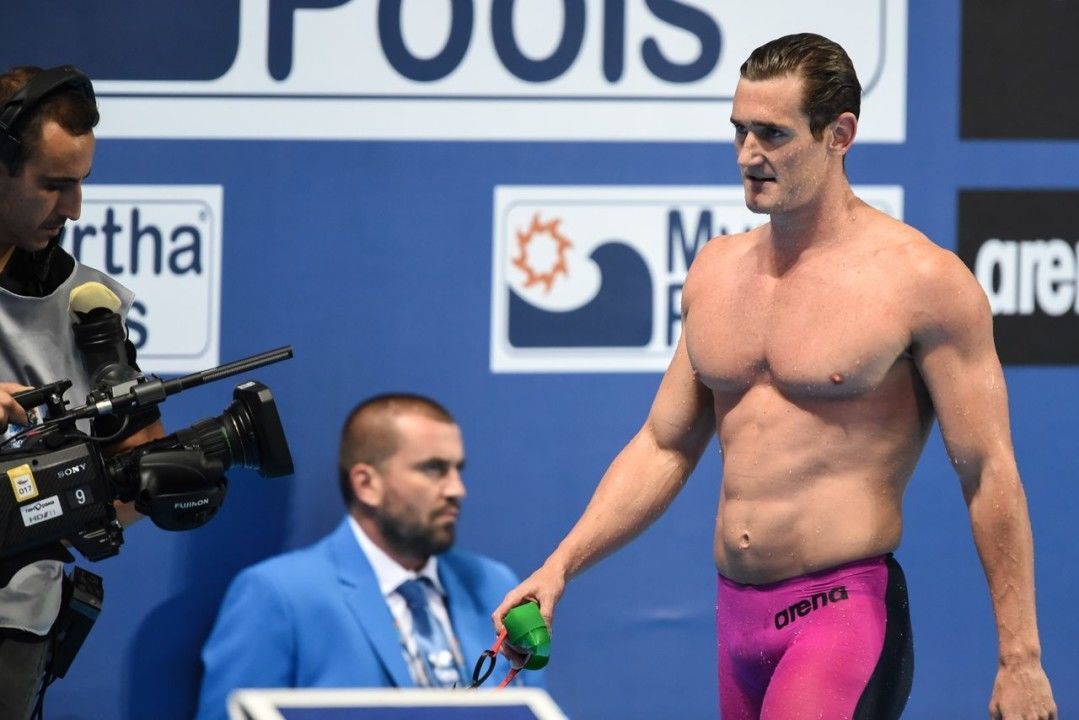 The 2015 FINA World Cup Series has come to a close, but it’s always eye-opening to hear how the athletes themselves feel they fared over the course of a meet.  Below are some notable quotes from the key performers at the most recent Doha and Dubai stops of the 2015 clusters.  Check out a refresher on the overall winners and final points standings here.

*All quotes courtesy of FINA press releases appearing on the organization’s site.

South African Cameron Van der Burgh:
On beating GBR World Champion 100m breaststroker Adam Peaty: “It’s never easy racing the World Champion, I think this is the toughest event here, 8 out of 9 medalists from World Championships are here. There so many South Africans out so it’s really nice and they really pushed us on tonight.”

On winning the overall 2015 World Cup Series Title: “[The World Cup] is a good rehearsal for the Olympics, next time we meet it will probably be at the big one, so it will be a lot more serious. The 50m format attracts a lot more quality swimmers, world champions and medalists. I’m very very happy to have won the overall Cup again. I was going to just do the first two and the last two but after the first two legs I was leading the points so I thought I should try to take it. I had to make some sacrifices to do it, to do the travelling and training but I’m happy I did. It’s head down now until the Olympic Games.”

Hungarian Katinka Hosszu:
On breaking 2 Hungarian National Records: “I’m super happy with my night, I actually broke two national records [200m free and 50m back, where she was second] and I didn’t expect that at all. Emily and I have been racing like this the whole series, but I’m super excited with my time, especially after three races tonight and this time of the season. It’s great we are pushing each other!”

On winning the overall World Cup Title: “I’m really excited I won the World Cup again, as we speak I haven’t really thought about it and I didn’t want to relax before the 400m IM. I’m really happy how I did this year, I’ve made a lot of progress in my long course swimming and that’s definitely really exciting. It gives me a lot of confidence for next year also. My times got faster throughout the eight stops, I should be tired but for all of my events I swam the fastest here.”

Australian Mitch Larkin:
On his electrifying 200m backstroke performance in Dubai: “It was an amazing season, It was mentally tough to get up for this race, my third 200 in two weeks, but I felt good and I’m happy with my swims. I knew this was the last swim and the last leg so I got up for that.  I’m looking forward to getting home and getting into training.”

On the elusive backstroke World Records: “I hope it won’t be long now until someone gets the record, I think someone will break it next year. I’m really happy with my results, tonight was a personal best. I may have forced it a bit in the first 20m, I will go home and work on some things and I see where I can improve to crack 52 and then see what happens after that. It’s hard to pinpoint what’s changed for me, it’s a combination of a lot, my life outside of swimming is good and my team around me are great and really passionate. I think that’s really helped me a lot this year. My results are giving me the confidence I may have lacked before.”

Jamaican Alia Atkinson:
On her Jamaican National Record in the women’s 100m breaststroke: “It was the last race of the season so I wanted to make sure I did something, and I had more confidence in myself so if I go out and bring it home. I tried some different things and finally worked tonight.”