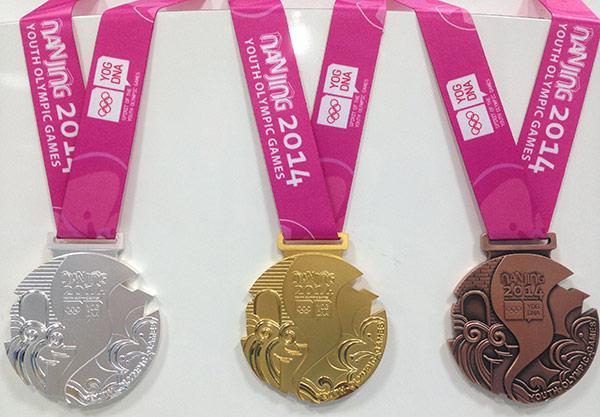 Egypt’s Akram Ahmed took first overall in a 7:54.29, thus claiming the first official title in this distance at the Youth Olympic Games. Ukraine’s Mykhailo Romanchuk (7:56.34) and Norway’s Henrik Christiansen (7:57.07) followed for the silver and bronze medals.

Brazilian Matheus Santana posted the top time at 49.30. Following for 2nd and 3rd headed into finals are the Netherlands’ Kyle Stolk (49.78) and Italy’s Alessandro Bori (49.91)

Yu Hexin of China captures the title in a 23.69. His swim just edges Trinidad and Tobago’s Dylan Carter (23.81), who takes second overall. Third place goes to the Netherlands’ Mathys Goosen in a 24.13.

Maaike de Waard of the Netherlands takes gold with a 28.36 winning effort. British swimmer Jessica Fullalove takes silver in a 28.66 while New Zealand’s Gabrielle Fa’amausili takes the bronze with a 28.69.

Croatia’s Nikola Obrovac posts the top time of the semifinal session to secure the middle lane entering finals. He is followed closely by Venezuela’s Carlos Claverie (28.19) and Russia’s Anton Chupkov (28.50).

The link below goes to the selection process of USA swimmers to the Youth Olympic Games.

The BIG question, is why did the USA withdraw from finals of the men’s 4×100 medley relay?

Would it be possible to include the places/times of US swimmers in your brief synopsis? That YOG website is really annoying and it takes too long to try to find them because I’m not even sure when we have a person entered. Thank you for your efforts, Troy!