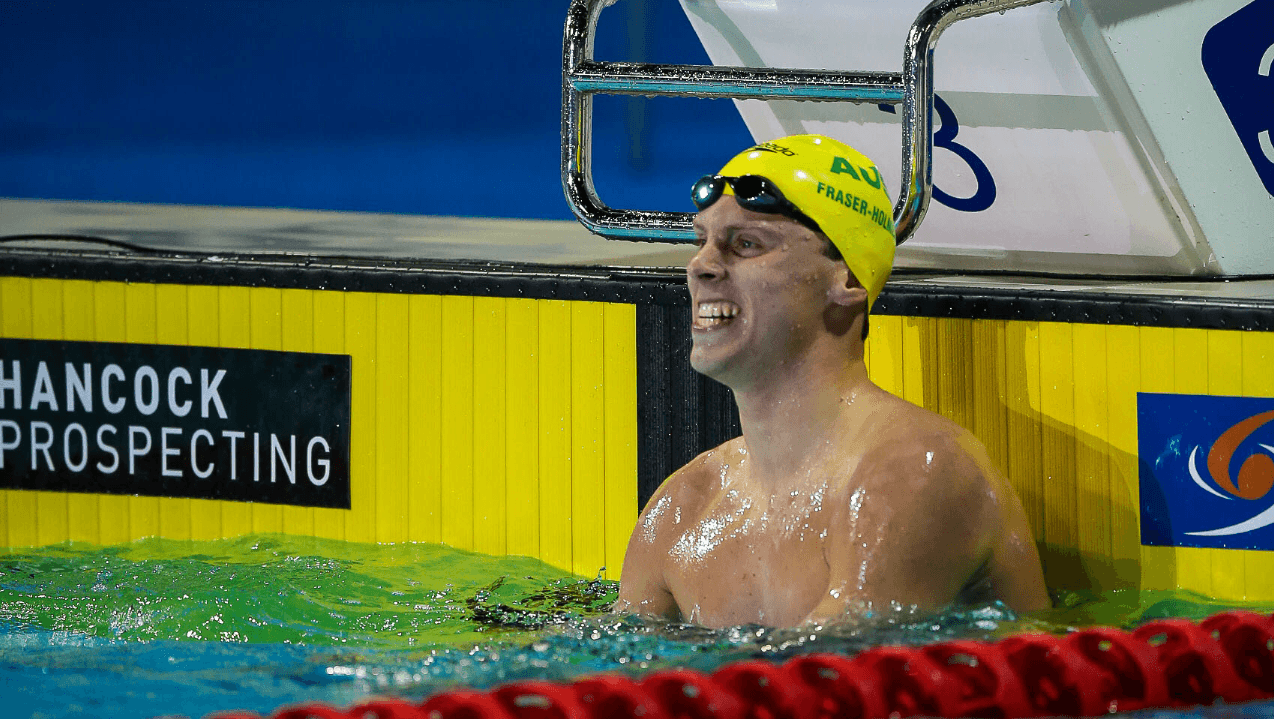 Thomas Fraser-Holmes was the only Australian male to medal individually at both the Pan Pac Championships and the Commonwealth Games. Archive photo via Paul Younan

In a split year for Australia, where they focused heavily on the Commonwealth Games and the Pan Pac Championships, and put little focus on the World Short Course Championships, no Australian male grabbed this award and demanded it with their performance.

One swimmer, however, did stand out above the rest of the crowd, and that’s Thomas Fraser-Holmes, the only Australian male to win individual gold at both the Commonwealth Games and the Pan Pac Championships by winning the 200 free at both meets.

First, in Glasgow, he swam a 1:45.08 against a relatively-weak field to top teammate Cam McEvoy by half-a-second. At that event, he also placed 4th in the 200 IM and took silver in the 400 IM, and pitched in on the 800 free relay gold medal/Commonwealth Games Record effort.

Then, closer to home on the Gold Coast, Fraser-Holmes was a 1:45.98 in the 200 free as he, Japan’s Kosuke Hagino, and McEvoy teamed up to shut the Americans out of the podium in a race where they’ve been so good for the last decade.

He also finished 4th overall in the 2014 FINA World Cup Series standings; his 207 points across 7 meets were more than the rest of Australia (150) combined.