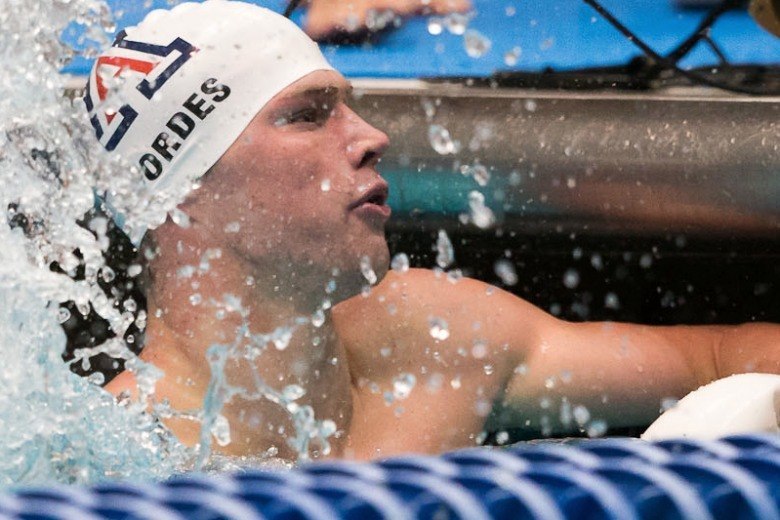 With Eric Shanteau taking it easy (for now) after the London Olympics, it’s looking as if we’ll see a whole new set of top names in the men’s 100 breaststroke at this year’s World Championships.  It is neither confirmed nor denied that Shanteau, prominent breaststroker in both the 2008 and 2012 Olympics, is permanently done with the sport.  Though it saddens me to say this (Shanteau was always a favorite of mine) it does seem like the 29-year-old cancer survivor is  taking some (much deserved) time off, focusing on his family and the #SwimToWin event, teaching 1,000 kids how to swim.

Along with Shanteau on the bench is 6-time Olympic medalist Brendan Hansen.  During his time as a Texas Longhorn, Hansen was undefeated in all breaststroke events.  He claimed 16 All-American and 14 NCAA National Championship titles.  He came out of the 2008 Olympics with a 4th place finish in the 100, the only event he qualified for, and decided to go into retirement.  It was hard for him to stay out of the sport, though, and not even 3 years later, he was back to training. In 2011, he made his comeback debut at Nationals, swimming a 1:00.08.  A year later in Omaha, Hansen took the top seed in the 100 (59.68) and went on to London to bring home a bronze medal (59.49).  Before the games, Hansen and his wife found out that they were going to be having a baby.  With this news (and no reported swims by Hansen this season), it seems like it’s safe to say that he will be taking a break from the sport as well to be a family man.

With the two top contenders in the men’s 100 breaststroke out of the way (for now), there is room open for new names to become more recognizable.  After 7 (yes, 7) full pages of notes (the below photo is only my messy first page), I’ve come up with who I believe the big names are to look out for in these upcoming World Championships. (Please ignore my messy writing and the heart by Shanteau’s name.)

One specific name to look for is Kevin Cordes. This upcoming University of Arizona junior has proved that he is a force to be reckoned with after taking down NCAA, American, and U.S Open records in the 100 yard breaststroke  (50.74), and becoming the first person EVER to break 1:50 in the 200 yard breaststroke (1:48.68).  He is no amateur when it comes to meters, though. At the 2012 Olympic trials in Omaha, Cordes finished the 100 in 1:00.58, coming in third behind Hansen and Shanteau. More recently, Cordes competed at the Santa Clara Grand Prix: his first time competing in meters since Omaha. He took first in the 100 (1:00.47), while Mike Alexandrov finished 4th (1:01.21).

Like Cordes, Alexandrov swam in the final at last year’s Olympic Trials, taking 6th in a 1:00.76.  Since then, he has been competing in a number of the Grand Prix meets, including Orlando (1:00.90), Mesa (1:00.63) and Charlotte (1:01.00), including wins in the latter two of those meets. Prior to last week’s Santa Clara Grand Prix, Alexandrov had racked up $3,700 in prize winnings, winning money on every Grand Prix stop. At Santa Clara, Alexandrov took 4th behind Cordes, Glenn Snyders of New Zealand, and Felipe Lima of Brazil.

After an upsetting race in Omaha, costing him a spot in the 100, Olympian Mark Gangloff is back at it.  Gangloff, a member of the 2008 Olympic Team, is back in training after taking a short break post-2012.  After Omaha, he entered in the Southeastern Swimming LSC Senior Champs meet in Knoxville, where he went a 59.76 (a time that would have qualified for London).  Shortly after London, Gangloff took over the coaching position at the University of Missouri.  Since taking the coaching position, he has had to balance coaching and training for future meets, including the Charlotte Grand Prix where he posted a 1:02.60.

The next top American swimmer at the Charlotte Grand Prix was 19-year-old Nicolas Fink. The upcoming Junior for the Georgia Bulldogs, Fink continues to make his name more known.  He’s won every SEC Championship in the 100 yard breaststroke in his career, and still seems to be improving. In Charlotte, Fink took 6th in a 1:02.51 in front of University of Tennessee’s Brad Craig (1:02.53), and both beat out Gangloff. Cody Miller, the 6-time Big Ten breaststroke champion from Indiana University finished 11th in Charlotte, touching in at 1:03.79.

University of Arizona team member Kevin Steel was amongst the group of Olympic hopefuls in Omaha. He was the surprise runner-up at the NCAA Championship meet in the 100 yard event, where he had huge time drops.  When the adrenaline hits, we could be seeing more time drops.

Though he just missed the qualifying time, another one to look out for in this event is Steven Stumph. The future USC Trojan is (for now) the High School National Record holder in the 100 Y breast, touching in at 53.39.  In Santa Clara, Stumph finished 20th in prelims, just missing the cut at 1:04.77.

16-year-old Andrew Seliskar is yet another name to be remembered.  In March, this high schooler from Nation’s Capital crushed the National Age Group Record in the 100 Y breast (which he formerly held at 54.09), clocking in at 59.33 in Prelims.  In the 200 Y, he proved he shouldn’t be messed with, touching at 1:54.87, nearly a second-and-a-half under the previous record (1:56.46).  At the Charlotte Grand Prix, he kept up with the big-names by finishing 15th with a time of 1:05.19.  Though he was up from his time at prelims (by less than a second), he has shown his persistence, and is definitely one to keep an eye on in the years to come.

Last year, the Americans showed great depth in this race, but no real power at the top of the Olympic Trials final. That’s what they’ll really be looking for this year, especially with Hansen now retired. This race sort of has an odd field, because there’s a significant dropoff after the top 10 or so – most of the best breaststrokers swimming in the United States aren’t actually Americans (guys like Felipe Lima, Kosuke Kitajima, Glenn Snyders, etc.)

Did Gangloff make the Olympic team in ’12?

no he didnt. it was burckle and weltz in the 200m br

Entirely agree with the picks of Miss Zimcosky. Kevin Cordes and Mike Alexandrov are clearly ahead of the others. Among the youngsters I will watch Andrew Seliskar and Carsten Vissering.

Anybody know what happened to Marcus Titus. Is he still swimming?

Nick, from what I’ve dug-up, he hasn’t been training and he hasn’t competed in any of the Grand Prix meets. I’m not 100% what he’s been up to.