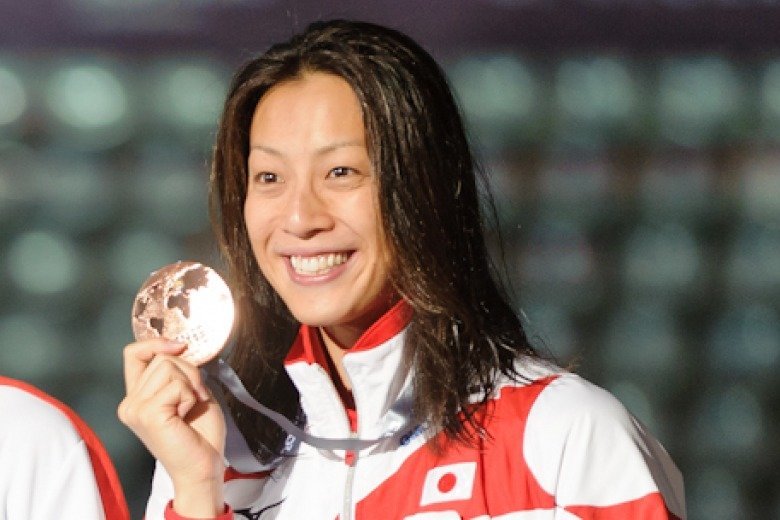 Aya Terakawa wrapped up a stellar career in 2013 with several national records and a pair of bronze medals at World Championships. Archive photo via Victor Puig

In an era where Asia has been dominated by rising young Chinese swimmers, this Swammy goes to a wily veteran who made 2013 her swan song.

Japan’s Aya Terakawa has been a mainstay at the top of the list of world backstrokers for nearly a decade now, a testament to her ability to be consistently fast all year long. The former Olympic finalist in the 200 back gave up that race last year to focus on sprints, to be rewarded with her first Olympic medal (bronze) in London in the 100 back.

Terakawa spent her final season further honing in that sprinting ability. She broke the Japanese national record in the 50 back in February at the Short Course Japanese Championships, going 26.05 to punctuate her full transition to sprint backstroker extraordinaire.

At the long course World Championships in Barcelona Terakawa touched out American star Elizabeth Pelton to take bronze in the 100 back and added a second bronze in the 50 back. In that 50, she was unable to overcome China’s youth (Zhao Jing and Fu Yuanhui went 1-2) but did set a new Japanese record of 27.53 in a dogfight of a race where the majority of the field were separated by only about six tenths of a second.

Terakawa ended 2013 with a December press conference announcing her retirement at the age of 29, ending the career of one of Japan’s all-time greats.