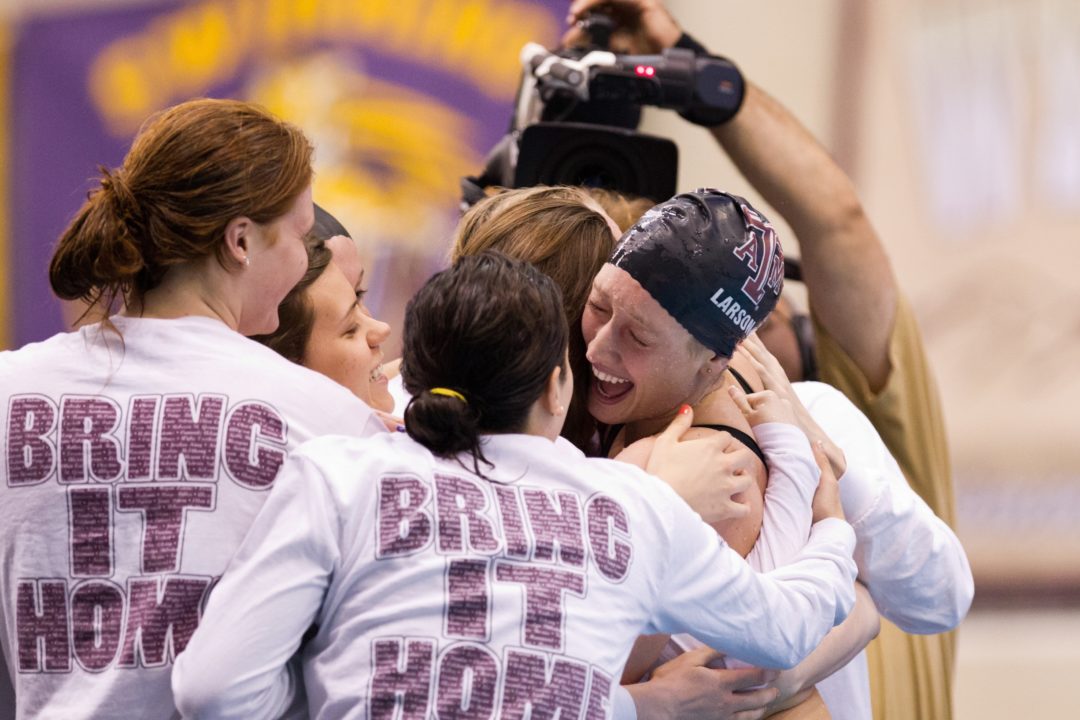 The Texas A&M Aggies will "bring it home" in their first year in the SEC as hosts of a new meet format. (Photo Courtesy: ©Tim Binning/TheSwimPictures.com)

The SEC finalized today the announcement that Texas A&M, in their first season in the conference, would host the 2012-2013 SEC Championship meet in College Station, Texas. The decision was leaked back in March, but after several rounds of meetings it was announced along with the rest of the SEC host sites.

Texas A&M and Missouri were put in alphabetical order in their spots in the rotation, and after Tennessee hosted last year, it just-so-happens to be the Aggies’ turn as the next program alphabetically. Missouri will host the Outdoor Track & Field Championships.

Just as big, the conference announced that the meet, which will be bigger than ever next season, will run for 5 days instead of the usual 4. Most Conference Championship Meets run 4 days, with the 200 medley and 800 free relays on the first day in an attempt to spread-out the events.

The SEC has not released exactly how it will be splitting the events up on the extra day; in the past, the conference has used alternative schedules at pools where the diving towers are in the main competition pool, but that won’t be an issue at Texas A&M.

not sure if having the meet over 5 days is going to solve the problem of too many swimmers at the meet?