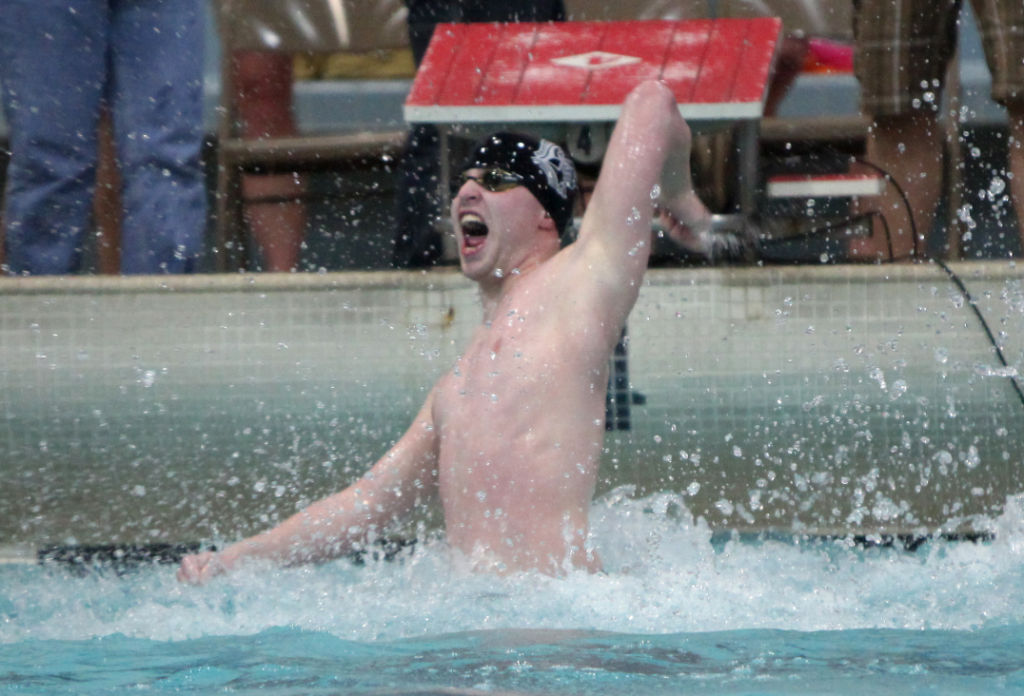 Ben Gebhart, a senior at Madison Memorial High School, has verbally committed to a scholarship to swim at Eastern Michigan University in Ypsilanti, Michigan. Gebhart plans to pursue studies in the medical field and chose EMU for the cohesive atmosphere he felt from the team.

“It was very similar to my team here and at Madison Memorial and I’m very excited to carry on the tradition of success there as well. Coach Linn is a brilliant coach and I could not be more excited to swim for him. All together this is truly a blessing and I’m extremely thankful.”

Gebhart is a two-time defending WIAA Division 1 state champion in the 100 butterfly and the 200 medley relay. As a sophomore at the 2014 state meet, Gebhart won the 100 fly by nearly a half-second, touching the wall at 50.03. He also split a 22.37 butterfly on Madison Memorial’s winning medley relay. The following year, Gebhart clocked a 49.70 to come from behind and win his second consecutive 100 fly title, this time by .03. His 22.47 fly leg helped the Spartans to repeat as state champions in the medley relay, but this time they also downed the state record.

Gebhart should be a strong addition to the Eastern Michigan squad. His 100 fly would have scored at 2015 MAC Championships, and he has the potential to develop into a solid 200 butterflier as well. He could go in any number of directions for a third event, although 200/400 IM seems logical. The Eagles brought in a large freshman class this year, which will impact where Gebhart will be most needed.

Gebhart told SwimSwam: “After helping lead Madison Memorial to their 4th and 5th consecutive state championships, my goal for this coming year is to help my team capture its 6th consecutive team title, and also to continue to excel and develop as a swimmer and a student. For me everything is about the team. I want to focus on pushing my team to be the best they can be and continue that at Eastern Michigan.”