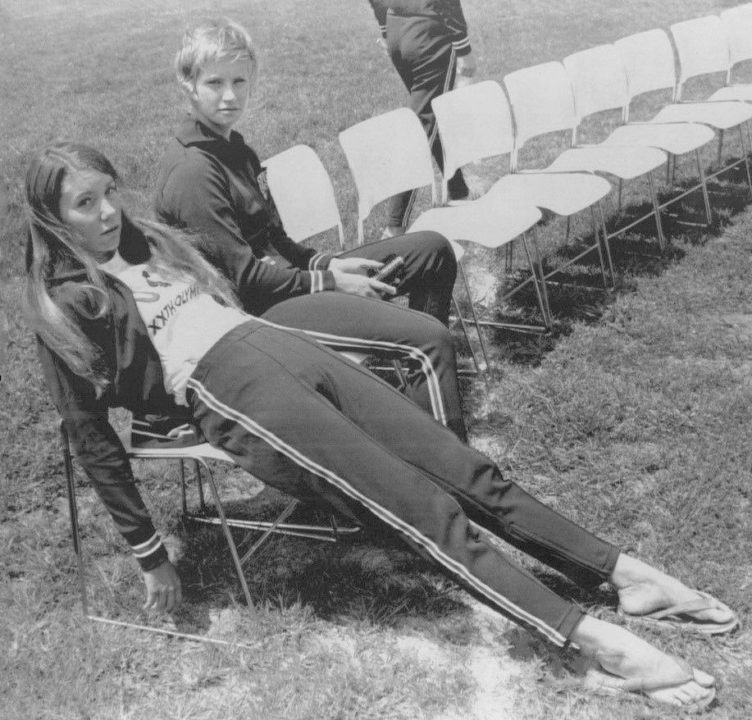 Montgomery (right) with Lynn Skrifvars at the 1972 Olympic Games.

She later became a coach at the Asheville Aquatic Club.

“Her mother was the big swimming coach in WNC, drawing admiration for her swimming form and technique,” long-time friend Ann Fleming told the Citizen-Times. “You could see where Mary got her technique. Every time she swam, people wanted to know how she swam so beautifully and effortlessly.”

Montgomery would have turned 61 on Wednesday.

A legend and wonderful advocate of swimmers worldwide. She will missed greatly. Thoughts and prayers to the family.

A champion. I admired her. Very sorry for the loss.