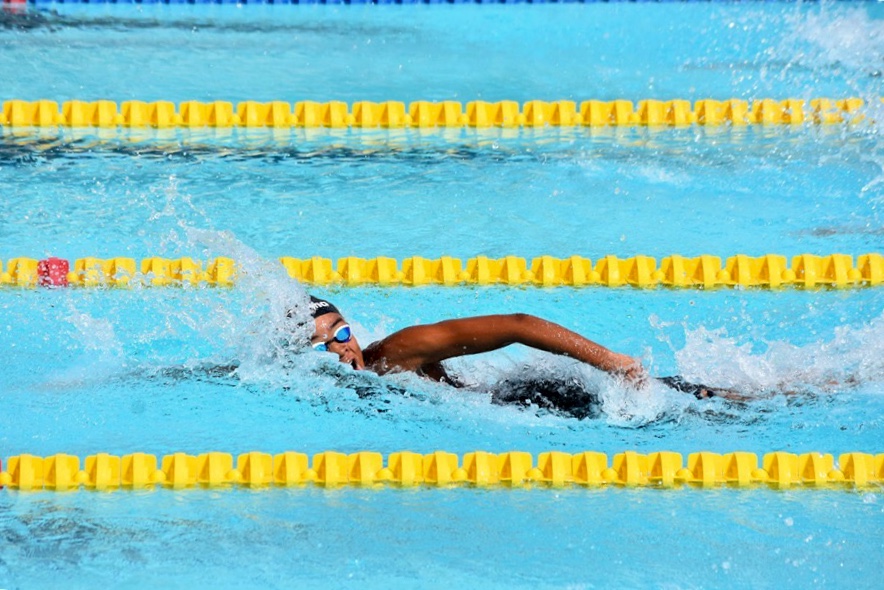 14-year old Zaneta Alvaranga of Kaizen Swim Club in Kingston, Jamaica clocked a time of 26.34 in a 50 meter long course freestyle at the Dean Martin Memorial ‘AB’ Long Course Swim Meet to lower Jamaica’s 13-14 Girls National Age Group Record. The time broke the old record of 26.48 that was set in July of 2018 by Emily MacDonald.

Alvaranga was forced to scratch her events of the first three sessions after developing knee pain earlier in the week, according to her father and coach Rory Alvaranga. After receiving treatment from her physiotherapist, Alvaranga decided she was ready to race and, after first dropping 11 seconds from her best time in the 200 breaststroke, swam her record-setting 50 free.

MacDonald, who was the previous record holder, represented Jamaica at last summer’s Pan American Games, where she finished 18th i the same event.

Alvaranga represented Jamaica at the 2019 FINA World Junior Swimming Championships in Budapest, where she was 25th in the 50 fly – the highest-ever finish for a Jamaican woman at that meet.

What’ rehab did she perform , to gain strength

According to her father, “She was seen by her Physical Therapist Jodi-Ann Simpson who after assessing the complaint provided myofascial release to the offending IT band and quadriceps before applying kinesiology tape Thursday afternoon.

As a precaution the young standout watch her fellow competitors and followed remedial activity assigned by Ms Simpson to help the relax of the contracted muscles, improve the blood and lymphatic circulation, and stretch reflex in her leg.”

The condition was patellofemoral syndrome due to a tight IT band