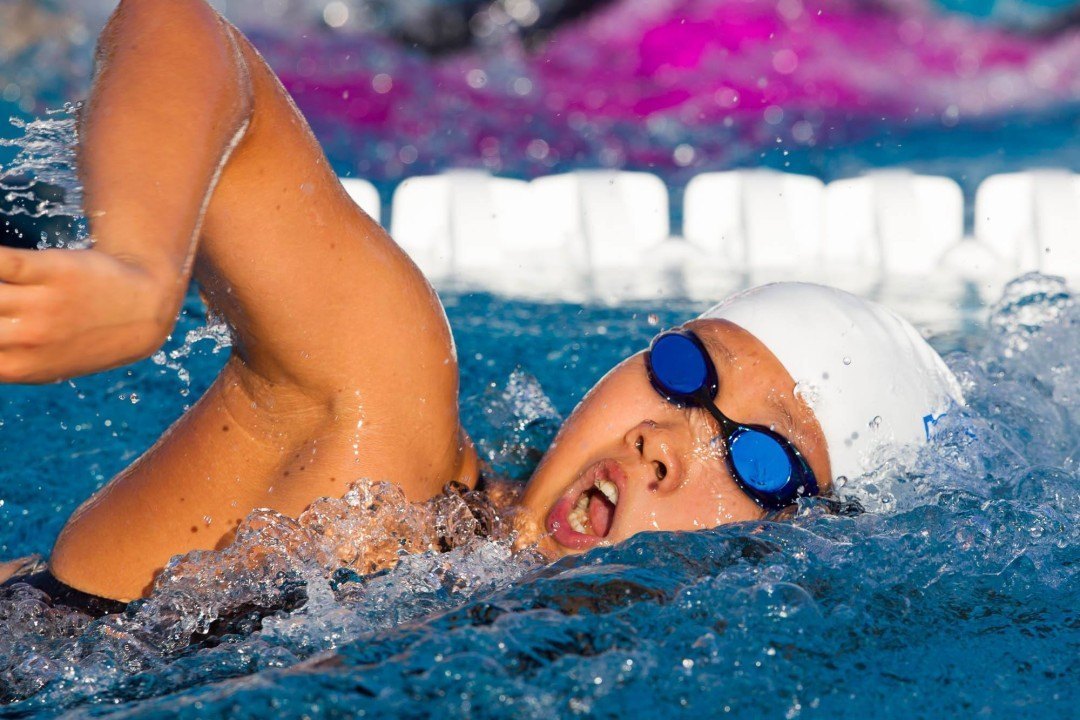 Easop Lee of the North Baltimore Aquatic Club won two individual and one relay event on Friday at the CeraVe Invitational. Archive photo via Tim Binning/TheSwimPictures.com

NBAC 14-year old Easop Lee has swum one of the best times ever done on American soil by a 13-14 in the 200 long course meter freestyle on Friday at the CeraVe Invitational on the Rutgers University campus.

On the first night of the meet attended by many of the Northeastern United States’ major teams, Lee skipped on the 13-14 age group to go after the Senior title, which she won rather easily in 2:01.21 – beating a stacked field that included her teammates Sierra Schmidt (2:03.90) and Mary Pelton (2:04.30) in 2nd and 3rd places, respectively.

That is a new lifetime best for Lee, and is two seconds faster than she was at Junior Nationals where she was just 27th – not her best swim in what was overall a spectacular meet.

On the boys’ side, the lone double winner was another NBAC swimmer and Princeton commit Cole Buese. He won both the 200 free (1:53.82) and the 100 fly (56.05), both of which were in great battles. That’s especially true of the 100 fly where he was locked in a five-way battle for most of the race, but with a strong back-half split pulled away from Zach Fong (56.27) for the win.

Matthew Otto of the Delaware Swim Team won the men’s 100 breaststroke in 1:06.23, which was another great race. The back-half won the race for him as well (his was the fastest in the field) as he edged just ahead of Ryan Brown from LIAC.

200m breaststroke should be 200m freestyle, I hope…

What happened to Berkeley? They used to be good….