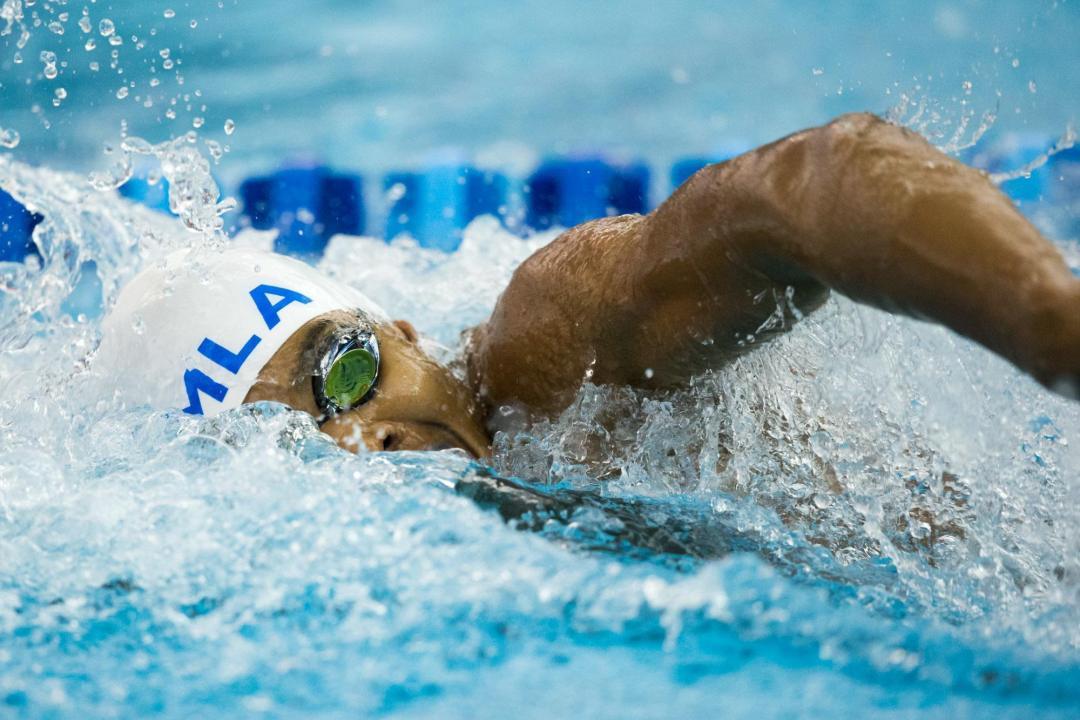 Tabahn Afrik has verbally committed to the Notre Dame Fighting Irish, who are putting together a fantastic, top-10 caliber recruiting class of 2015. Archive photo via Tim Binning/TheSwimPictures.com

Tabahn Afrik, SwimSwam’s 12th-ranked recruit in the class of 2015, has verbally committed to the Notre Dame Fighting Irish.

“All throughout my college picking process, I kept three main, yet common, priorities in my mind,” Afrik said of his decision-making process. “Academics, the qualify of the swim program, and the social environment.”

“I chose Notre Dame because after leaving my official visit, all three of those priorities were met and best suited to my comfort level. Not to mention, the guys on the team and the recruits on the trip, many of whom have committed to ND, are some o the greatest teammates and friends I have made so far in the pool. I’m really looking forward to spending the next four years with them and the coaches, as well as representing one of the best schools in the nation.”

Afrik comes from the state powerhouse Michigan Lakeshore Aquatics program in Holland, Michigan and swims for West Ottawa High School. He’s one of the top sprint freestylers in the class of 2015 and is the second-fastest 100 yard freestyler in the class behind the yet-uncommitted Townley Haas.

In yards, Afrik has been:

Though he’s not as versatile as some of the other top swimmers in this class (52.7 in the 100 back, 52.2 in the 100 fly) he’s a good enough sprinter that he doesn’t necessarily have to be all that versatile.

Afrik will serve as the crowned jewel of a Notre Dame class that might be their best in the modern era of college swimming: an impressive start for first-year head coach Matt Tallman.

Between he, Texan Tate Jackson, and British import Daniel Speers, Notre Dame will have the bookends to their free relays that they need into the future beginning in the 2015-2016 season, and frankly the beginnings of an NCAA top-three caliber relay by the time they’re seniors. If they can develop (current freshman Justin Plaschka is a good candidate) or recruit one more to go with those three, then Notre Dame as a team is starting to move into the conversation for top 10 teams in the country come sometime around the 2017-2018 season.

So excited to see what this team will do — given the quality of recruits, the amazing coaching staff who are doing things other swim programs aren’t yet and the dedication to exceptional is best. Plus, the bond is already there so some great things are in store! #goIrish!

what do you mean they are doing things other program ‘aren’t’?

Always nice to see a top recruit go outside of the same half-dozen schools. Way to go, Tabahn!

Wow! Plaschka last year plus these guys, ND’s free relays are going to be quick for years to come!

Can’t wait to see the Irish in action.