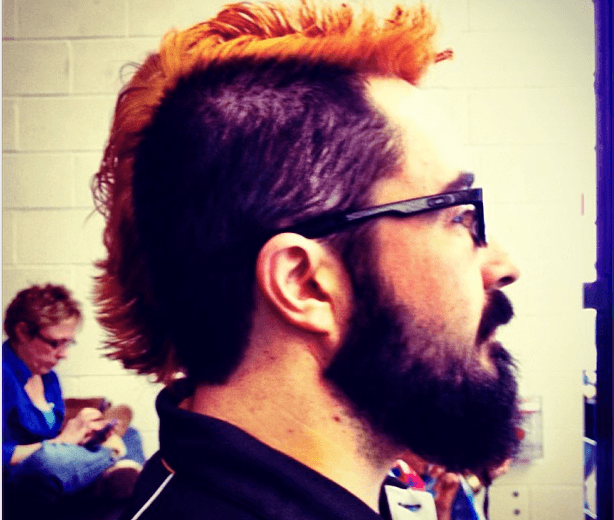 Rob Busby of the Springfield YMCA was in the mood for speed at the 2013 YMCA Short Course National Championships. (Photo: Mel Stewart/SwimSwam.com)

The story of the night on day 2 at the 2013 YMCA Short Course National Championships was the 200 freestyles.

Small won the B-Final a year ago three-and-a-half seconds slower than this swim. Almost all of that improvement has come on the second-half of her race. Last year, she went 53.68/56.38 on her splits. This year, she went 52.93/53.65 to very nearly even-split her race.

Then in the 800 free relay, the York YMCA girls were at it again. First 13-year old Courtney Harnish led them off in 1:48.58. After legs by Emily Ilgenfritz and Niki Price, Small hit the water with a three second deficit to Sarasota and University of Florida commit Taylor Katz. And you wouldn’t believe it, but the 14-year old Small (age repeated for emphasis) ran Katz down, splitting 1:45.44, to give York the victory in 7:14.17.

Despite that mild upset (Sarasota was the defending champs in the event), Sarasota had a spectacular swim of their own. Another future Florida Gator, Danielle Valley, won the 400 IM in 4:10.00. She was an Olympic Trials finalist in the 800 free, but by dropping her best time in this race by nine-and-a-half seconds tonight, she’s really increased her future value for Gregg Troy.

In the other women’s race on Thursday evening, Flint’s Courtney Weaver repeated as champion of the 100 fly with a 53.30. That just missed her 52.22 National YMCA Record from prelims. She took on a much lighter schedule than she did on this day last year, opting against swimming the 400 IM this year. That should leave her a little fresher when she gets to the 200 fly and 200 IM on Saturday.

14-year old Jessi Snover from the Middle Tyger YMCA in Soutch Carolina was 2nd in 54.13, and last year’s B-final champ Maddie Zimmerman was 3rd in 54.46. All-told, this was a much, much faster final this year than it was last year.

On the men’s side of the meet, Brandywine, Delaware product Ben Creekmore won in 1:36.86, coming from behind on the final 50 yards with a 24.90 closing 50 split. Sarasota’s Alexander Katz took 2nd in 1:36.98, a lifetime best for him by a full second, and the second-straight year in which he’s finished 2nd in this race.

The men’s 400 IM was won by Brandon Flynn of the York YMCA. He swam a 3:51.76. The future Kentucky Wildcat took a year off after graduating high school; he was a bit of a late comer to club swimming, and that extra year has paid off in a big way with his times dropping all over the place. This swim, for example, was a best time by five seconds.

The third, and final, individual swim of the night went to Red Bank’s Sam Lynch in 47.40. Just like the women’s race, this one was notably faster than it was last year, and Lynch repeated his title roughly a second-and-a-half faster than he was last year.

Nick Petersen took 2nd in 48.58, and Michael Skibniewski was 3rd in 49.09. That’s two swimmers from New Jersey in the top three in this race. The state didn’t show the kind of depth that they had last year (where they were 4 out of the top 6), but continued to be very good as a group in the race.