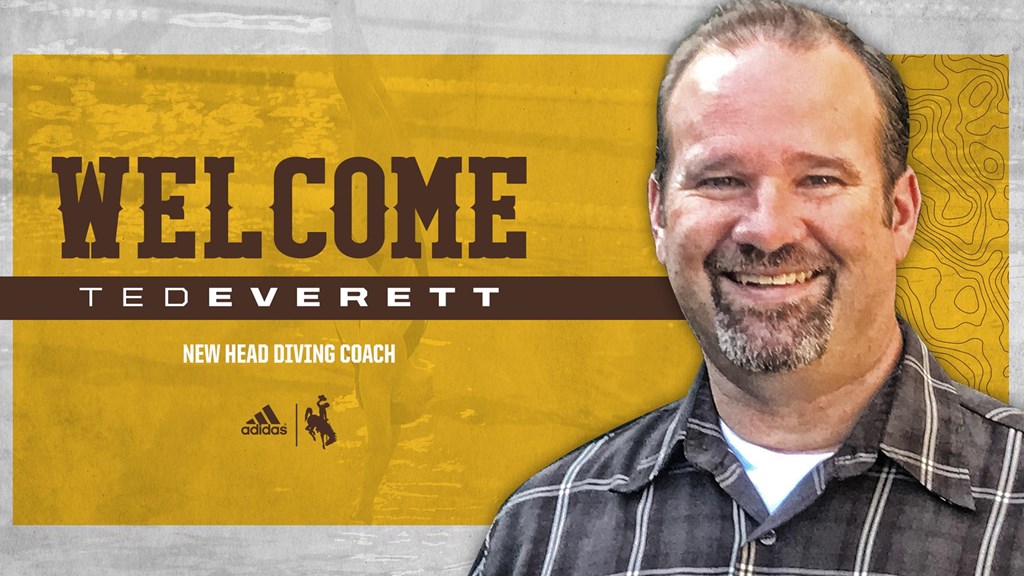 “When we first set out to find a new head diving coach, it was important that the divers on this team felt like they were going to be working with someone that was not only going to make them technically better, but keep them healthy and create a team camaraderie,” Denniston said. “We found all of those things in Coach Everett and our entire team is excited for the future of our diving program. Diving has become a cornerstone of success for both of our men’s and women’s swimming and diving programs. With his leadership, I feel like the future is very bright for Wyoming Swimming and Diving.”

Everett joins the Wyoming program after a second stint at the University of Utah. He was also there previously from 1996-2000. During his time with the Utes, he coached the program to two-conference championships and for his efforts he was named the Mountain West Conference Diving coach of the Year in 2000. Everett coached 16 PAC 12 Finalists, a PAC 12 Newcomer of the Year plus 13 Individual NCAA qualifiers, six NCAA All-Americans and two Olympic Trials qualifiers. He was also the first coach to send two divers from Utah to the NCAA Championships in the same year and trained Utah’s first All-American in diving. Collegiately, he also spent one season at UNLV.

“I would like to thank Coach Denniston for trusting me with this opportunity to work with him, the staff and these amazing athletes,” said Everett. “I couldn’t be more excited to be a part of things at the University of Wyoming and look forward to accomplishing great things with a great group of people.”

Since 2015, he worked with the Utah Diving Club that produced 36 Junior National Qualifiers. He has also coached at several other top clubs including Rose Bowl Aquatics and SLAP Diving. Those programs produced four former athletes that represented the United Stats in the 2004 Olympic Games.