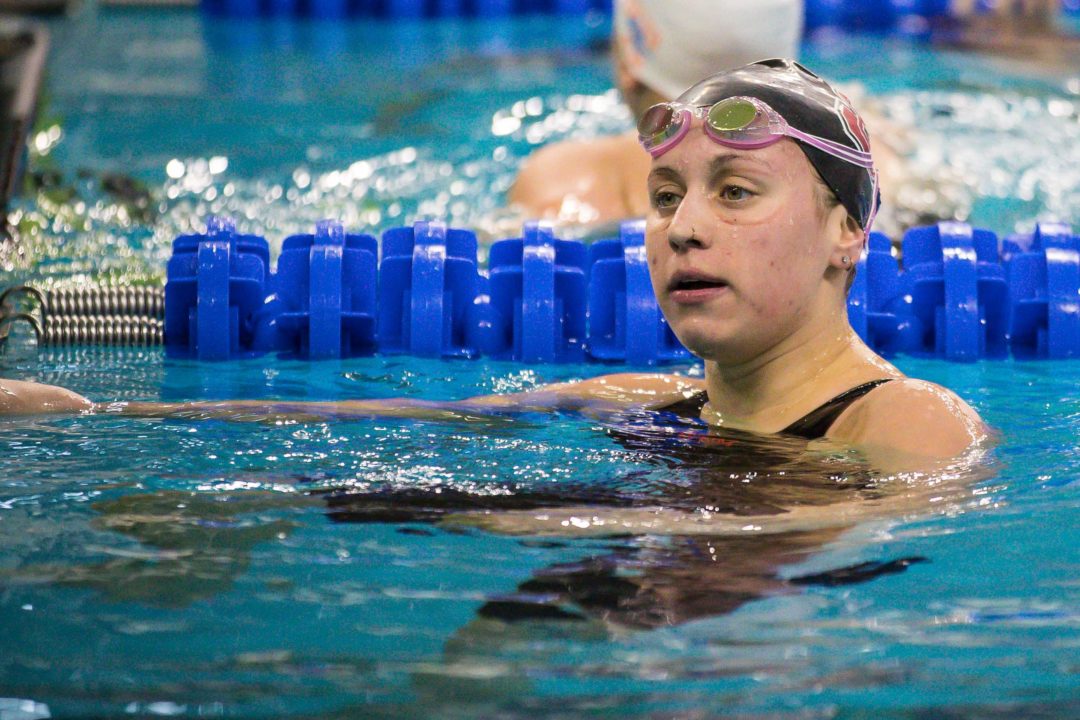 Makayla Sargent, a World University Games champion and former member of the LA Current, has retired from competitive swimming and taken a coaching spot. Archive photo via Jack Spitser/Spitser Photography

Former professional swimmer Makayla Sargent has announced her retirement from competitive swimming and transition into collegiate coaching. She will become an assistant coach at NCAA Division III Clarkson University in Potsdam, New York next season while working on a master’s degree in occupational therapy.

Sargent competed for the LA Current of the International Swimming League in the 2020 season, scoring 14 total points across 6 appearances that season. The Current also ‘protected’ her for the 2021 season, but she didn’t end up making any appearances in the most recent season of the teetering pro league.

Sargent was a member of the USA Swimming National Team in the 2020-2021 season, and she was the 2019 World University Games champion in the 400 IM. Her winning time from those Games rank her as the 24th-best American in the history of the 400 meter IM.

She would go on to qualify for the NCAA Championships, earning an Honorable Mention All-America honor for placing 11th in the 400 IM.

She qualified for the NCAA Championships again in 2020, but that meet was canceled by the COVID-19 pandemic.

Sargent will join the staff at Clarkson under second-year head coach Marc Danin. Among Danin’s previous positions was as the co-head coach at Islanders Aquatics in Sayville, New York, where he shared leadership responsibilities with Sargent’s stepdad Mike Murray.

Sargent says that a break from swimming over the last year gave her the perspective that she needed to move forward from her competitive career.

“This past year, I have distanced myself from swimming in order to find out what was next for me. To be honest it was hard to stay away from the pool at times but I knew in the end that stepping away from being a competitive athlete was what was best for me.

“Now that I have had time to understand what that choice meant for my future, I believe coaching is the best way for me to stay connected to the sport.”

Sargent says that while she hopes to stay involved with the sport through coaching, her primary goal is to move forward working in occupational therapy.

“Swimming was such a big part of my life, and I truly enjoy being able to give back to the sport that gave me so much. I think there are some parallels between occupational therapy and coaching, so I’m excited to apply the skills I’ve learned over the years of swimming into the next chapter of my life as a coach and a masters student.”