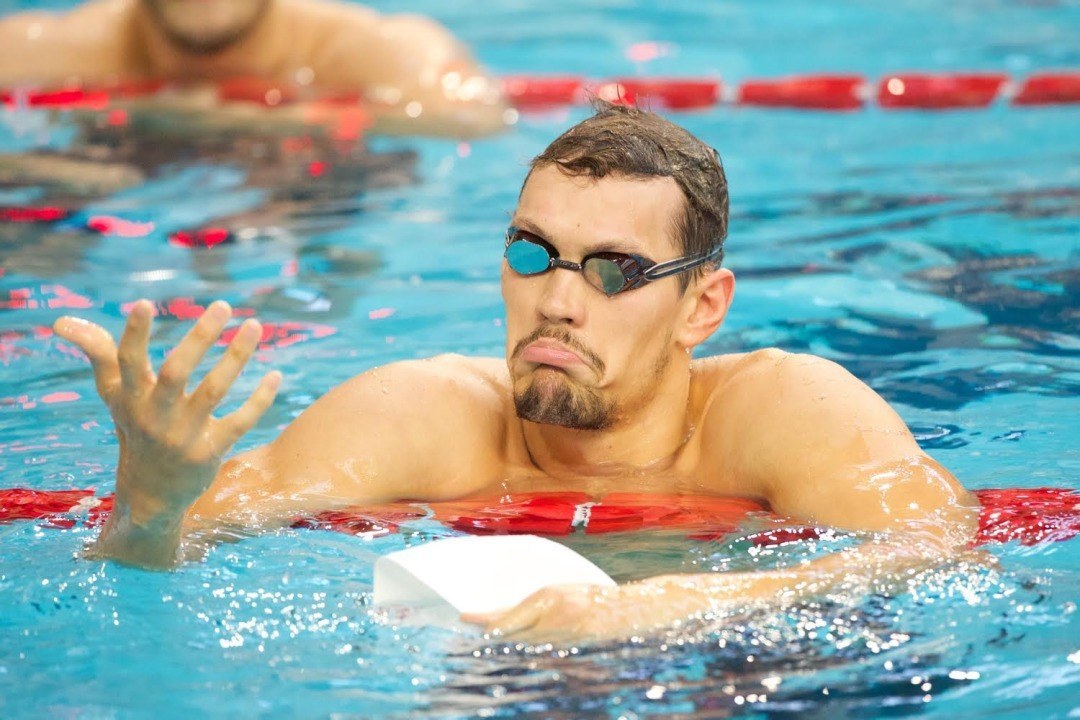 Russian swimmer Arkady Vyatchanin, after a long and arduous journey, has decided to seek Serbian citizenship.

“Arkady Vyatchanin has expressed a desire to change sporting citizenship and swim for Serbia,” the Serbian Swimming Federation said in a statement. “The Serbian Swimming Federation has started the procedure of obtaining Serbian citizenship and with the assistance of the Ministry of Youth and Sport and the personal commitment of Mr. Minister Vanja Udovicic, who estimated that it is in the best interest of the Republic of Serbia, the case was sent for urgent processing. We are confident that Mr. Vyatchanin’s results represent a significant improvement in the performance of our representation. Furthermore, it would be valuable to have his participation in the medley relay event with Velimir Stjepanovic, Ivan Lender, and Caba Siladji, and would put us closer to winning a medal at the Olympic Games and European Championships, and thus to achieve significant success for Serbian sport in general.”

“The Serbian Swimming Federation will initiate the proper procedure with FINA to have his sporting citizenship changed.”

Vyatchanin, who has represented his native Russia for most of his career, has been seeking a new home country since a major falling-out with the federation in 2013 after they attempted to block his participation at the World Championship Trials in what he said was their objection to his preparations.

“Serbia was one of the countries where I sent my letter of inquiry and they were very cooperative and kind to make my naturalization ASAP,” Vyatchanin said of his potentially-new country. “And I’d like to add that this is very exciting and I can’t wait to officially represent Serbia at the biggest competitions around the world.”

A potential Serbian medley relay that the federation named, again based on 2014 bests, would line out like this:

That aggregates to 3:36.70, without accounting for relay exchanges that likely makes the time faster. It took a 3:34.91 to put a 400 medley relay through to finals at the 2013 World Championships, so Serbia would be on the cusp of that achievement with Vyatchanin’s services.

Vyatchanin is the current World Record holder in the 200 SCM backstroke, set at the 2009 World Short Course Championships, and also holds the Russian Records in the 100 and 200 meter backstrokes in long course. The latter stands as a European Record as well. He has two Olympic medals (he was 3rd in both backstrokes in 2008), 6 World Championship medals, and has won 7 European Championships.

Other high profile swimmers to have changed nationalities in recent years include Benjamin Hockin, a British Record holder born in Colombia who decided to represent Paraguay beginning in 2010; and Darian Townsend, an Olympic gold medalist for South Africa who earned his American citizenship in 2014 and represented the United States at the 2014 World Short Course Championships.

Congratulations, Arkady! Mr. Vyatchanin is a class act. I met him and his wife at a local swim meet in Florida…they are a classy couple. He is a hard worker and will represent Serbia very well.

He wants to have his sport citizenship expidited ASAP. Braden, isn’t there a FINA rule that requires you to live in a country for at least a year before you can be eligible to compete for the new nation?

Mike – as is laid about in the sentence above, it’s based on 2014 bests – aka the most recent full season’s results.

I noticed once I sent the comment- please disregard. How would the relay look like with their best times?

As Serbian native- competing for medal would be fantastic…

Basically both the Russian federation and Vyatchanin burned that bridge before 2013 world’s.

I don’t believe he could… Under my knowledge he began training US thus rupturing his relationship with Russia, and Russia basically through him out from the Federation, thus Arkady not being able to participate in future olympic games without a tie to a country. Am i correct Braden?

I don’t understand why he doesn’t just stay with Russia, would have helped them win at 2013 worlds in the medley