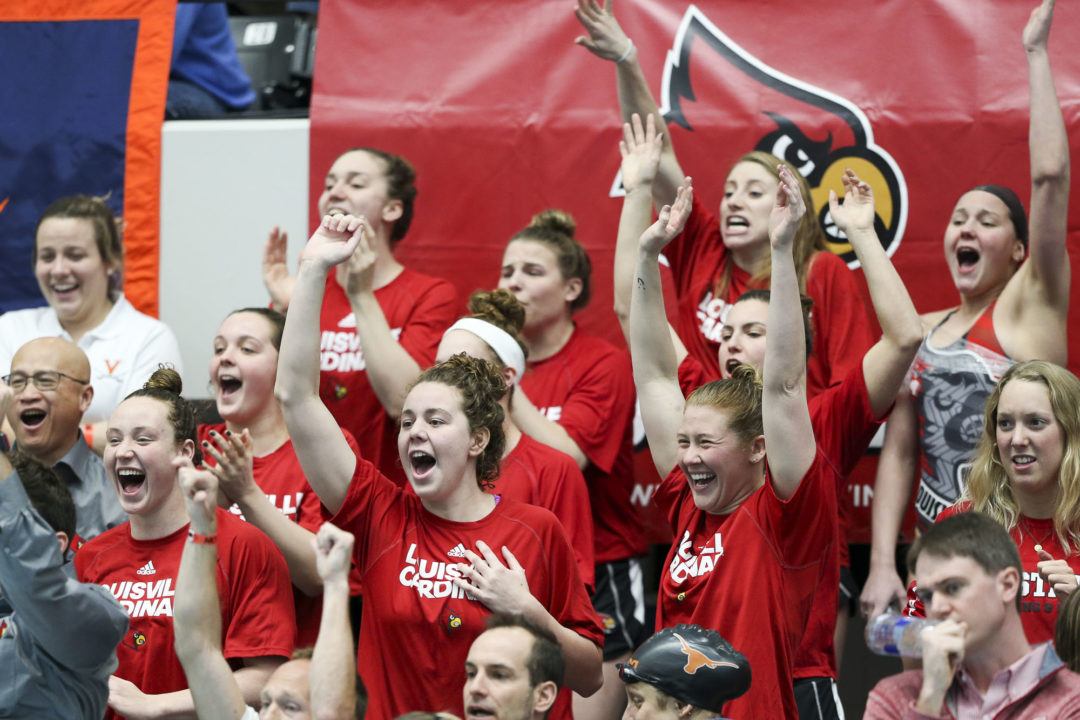 Dunn raced at this summer’s World Junior Championships for Team USA, where she swam the 200 free individually and on the prelims team of the American 800 free relay that finished 4th in finals.

As a Bowie High School sophomore in 2016, she placed 2nd in the 100 free and 200 IM at the Texas 6A High School State Championship meet (big schools), but opted not to swim high school as a junior.

Instead, she focused on training with the Austin Swim Club for the long course season, though she did still swim best times in most of the yards events anyway. Dunn was fast early in her teenage years (she was already 1:50.48 in the 200 yard free at 13), but has avoided a plateau and continued to drop time well into her high school career.

Dunn hit a best time at World Juniors in the 200 free for that 12th place finish, though her rolling-start 2:01.87 split on the relay was a little off that pace. She will join a freestyle group led by U.S. National Teamer Mallory Comerford, who will be a senior when Dunn arrives. The team’s middle-distance group (including half of its 800 free relay) graduated a lot after last season, but the team’s core is otherwise a very young one, relying, for example, on 3 freshmen and a sophomore for a 6th-place 200 free relay at NCAAs last year.