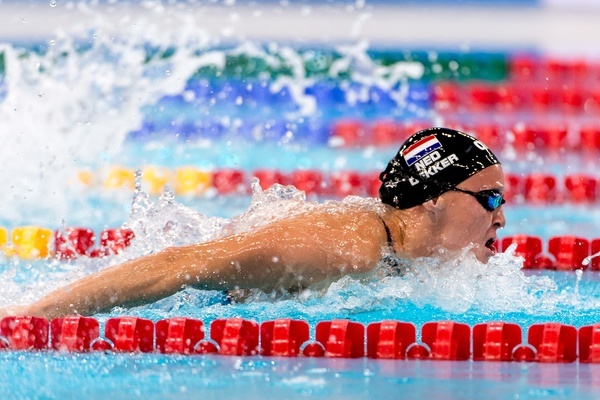 The 2014 World Cup tour has now given out over a million dollars in total prize monies, and a third swimmer is close to breaking into a six-figure winnings total. Archive photo via G. Scala/Deepbluemedia

The 2014 World Cup tour has now given out well over a million dollars in total prize monies, and a third swimmer is close to breaking into a six-figure winnings total.

Dutch sprinter Inge Dekker raised her total earnings up to $99,500 after winning three times in Beijing. That means just one more top-3 finish in the final two meets will push her above $100,000 for the tour, helping her join Katinka Hosszu and Chad le Clos, who have both broken that barrier.

Hosszu still leads all swimmers with $215,000. She added $11,000 more this weekend in Beijing, though it was her third-straight meet without a world record after breaking 5 of them between the first two stops on the tour.

Le Clos is still the top-earning male, and only expanded his lead with the next two in the list – Tom Shields and Thomas Fraser-Holmes – not competing in Beijing.

The World Cup circuit has given out $565,000 on the men’s side and $605,000 for the women so far this season, pushing the total prize money well over $1,000,000 with two more events, one more round of cluster bonuses and the overall series prizes yet to come. (The gender disparity is largely on Hosszu, since her 5 world records brought in $10,000 bonuses each).