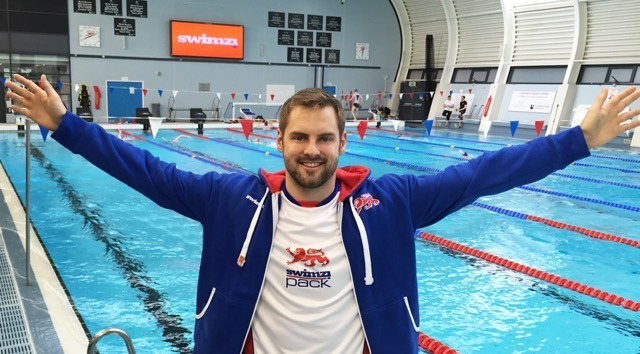 Three-time world champion, four-time Commonwealth Games gold medallist, and current world record holder Liam Tancock is to join the board of Swimzi Ltd after investing in the equity of the company this year. Current photo via Swimzi

19-year old Matt Richards made a coaching change over the summer, and his first short course results of the year were promising last weekend in Millfield.

Peaty was appointed Officer of the Order of the British Empire for services to swimming and mental health at a ceremony in Windsor Castle earlier this week.

Three-time world champion, four-time Commonwealth Games gold medallist, and current world record holder Liam Tancock is to join the board of Swimzi Ltd after investing in the equity of the company this year.

This announcement comes at an exciting time for Tancock, who has recently been identified by British Swimming and UK Sport as a potential medallist at the 2016 Olympics in Rio. Having previously represented Great Britain at the Beijing 2008 and London 2012 Olympic Games, as well as competing at all major international meets including the FINA world championships. Tancock will be bringing an incredible wealth of experience and expertise to the sportswear arena.

Swimzi is a new global sportswear brand based in Great Britain that provides custom designed club kit and leisurewear to pool, open water swimmers and triathletes across the world. They are mostly recognised for their iconic Swimzi (onesie), but their ever growing range also includes sweats for decks, team wear and the addition of the brand new, technical jacket – the XK, which is designed for Performance, Open Water Swimmers and Triathletes.

Liam, who is British swimming’s most experienced and longest standing current athlete, added:

“I am very excited and proud to announce that I will be joining the Swimzi team. I hope to bring a different aspect to an already world class group. Having been involved in competitive sport for the majority of my life, I have gained a vast amount of sporting knowledge that I am keen to bring into the business world.”

As an elite athlete I know how important it is to look the part when representing both club and country.

Both the iconic Swimzi and technical XK are brilliant pieces of kit and, the brands custom designed deck uniforms deliver a whole new meaning to team identity. Years of race experience have taught me how important it is to have a competitive edge. For both teams and individuals creating a visual presence at meets instills a sense of confidence, self-belief and seriously enhances your race face.

To me the worldwide swimming community is currently missing out on a fashion brand solely dedicated to our sport. I believe that Swimzi can fill that void by offering contemporary designs with an edge and I am truly excited about being part of this vision.

Utilising my drive to succeed and passion for all things sporting, I plan to help grow and develop the Swimzi brand on a global stage. This is a really exciting time, especially with an Olympic games fast approaching.

I can’t wait to walk out at the British Olympic trials in my Swimzi kit looking and feeling great. Being part of Team Swimzi will give me the opportunity to meet and inspire the next generation of up and coming champions.

“To us, Liam represents the very essence of British swimming. His infectious pride and passion for the sport are not only admired by the public, but have also driven him to become the successful athlete he is today. With such dedication to the swimming world, Liam is the logical next addition to the Swimzi team. We are proud to be able to say, welcome to the Swimzi Revolution, Liam.”

Established in 2014 swimzi is already main kit supplier to several top UK and Irish clubs and will expand their teamwear portfolio in the US during 2016. Having recently partnered with several major swimshops the brand will continue to expand its retail offering and distribution within North America. Further expansion into new global markets are planned during the next 18 months. Plans are in place to hit the UK Open Water and Tri markets in 2016 and Swimzi has enlisted over 50 of the most talented up and coming GBR Triathletes as ambassadors to form the Swimzi Pack and with Liam’s help the Swimzi Pack will continue expand by bringing performance swimmers to the brand.

Swimming News is courtesy of  Swimzi.