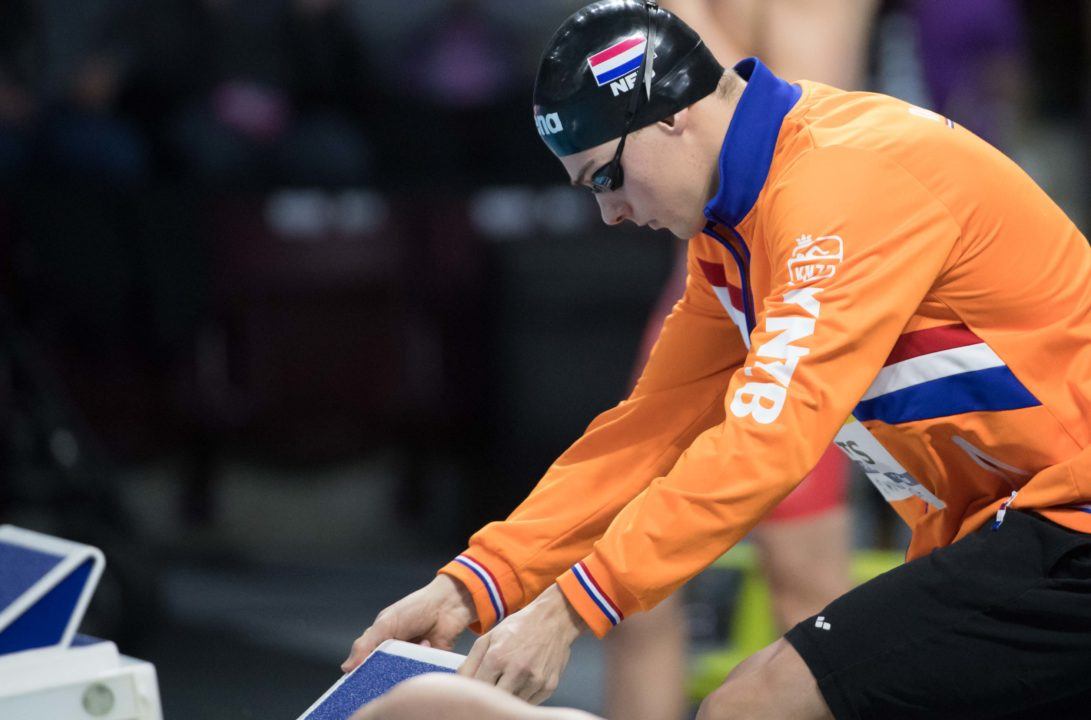 While competing at the 2016 Amsterdam Cup this weekend, newly-minted short course World Champion Jesse Puts scored a Dutch national record in what is becoming his pet event. Puts already landed himself on the sprinting map by scoring his nation’s short course record in the 50m freestyle earlier this season (21.05) and topped that with a gold medal-garnering performance at the Short Course World Championships. Puts scorched another quick outing of 21.10 short course freestyle to take the win in Windsor.

But he’s proving he’s got the chops at the long course version of the event as well. At the Sloterparkbad pool during this morning’s prelims, Puts threw down a personal best 50 LCM freestyle time of 22.00 to overtake the previous Dutch record of 22.03. The old mark was set by legendary freestyler Pieter van den Hoogenband at 22.03 all the way back in 2000. As a testament to how far this event has come, that time of 22.03 rendered van den Hoogenband a bronze medalist at the Sydney Olympic Games, sitting between the tied Anthony Ervin (USA) and Gary Hall, Jr. (USA). 21.80 was the minimum time required to make the Olympic final in Rio this past summer.

During tonight’s finals in Amsterdam, Puts took things to another level, registering the first sub-22-second time of his career in the splash n’ dash event. The 22-year-old topped the field handily in a time of 21.82, becoming the first Dutch swimmer to ever venture into 21-second territory and stake his claim on the long course version of an event he has recently been dominating in the shorter pool.

13
0
Reply
Whatever
Reply to  luigi

Also a 46.79 at the Games in Athens, overtaking the legendary Jason Lezak to take the silver for the Netherlands.