When To Use Hip Driven Freestyle Technique 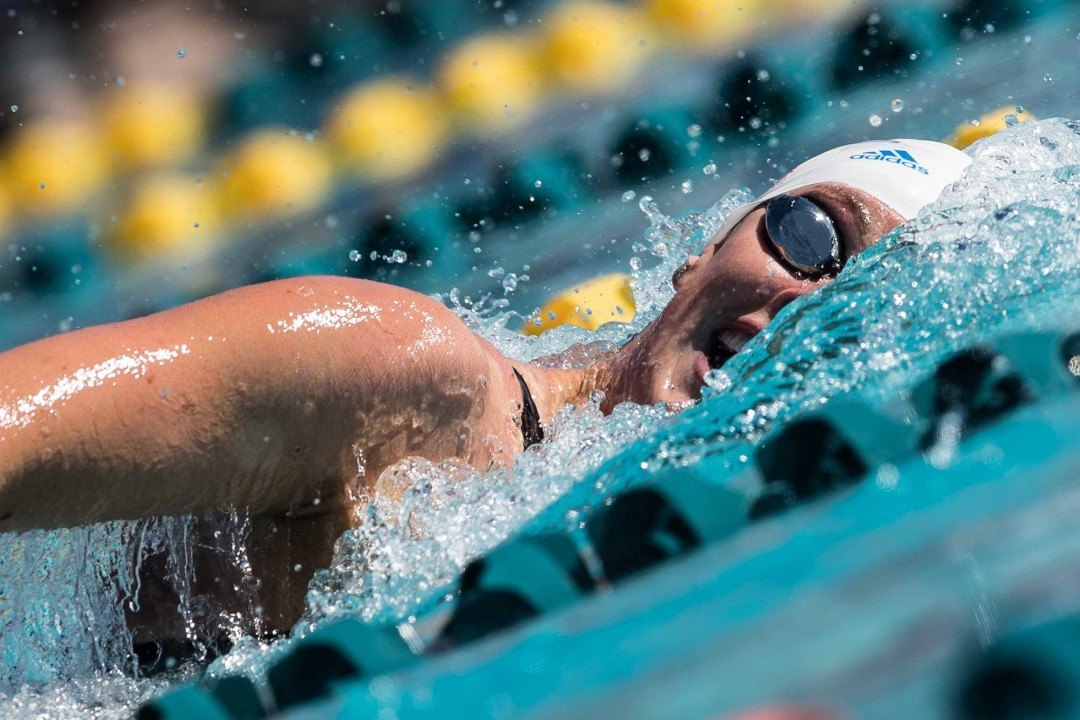 Hip-driven freestyle should never be used for the shorter 50 meter or 100-meter freestyle events. It's a better technique for the 400-meter races or longer. Archive photo via Mike Lewis/Ola Vista Photography

FINIS Set of the Week: Shake It Out

This week’s set was designed for recovery. 2000 yards to shake it out and get that lactic acid out of your body.

The Push Paddle: A Great Tool To Help With Body Alignment & Improve Kickout

The push paddle allows swimmers to get in a great streamline and focus all their mental focus on driving powerful, dolphin kick forward!

I recall as a 20-year-old swimmer in California, preparing for the Olympic Games of Munich in 1972, I would train mostly freestyle in the early part of the summer, building an aerobic base. My primary events were the 200 and 400 IM’s, so I wanted to be able to finish them well. Because we were doing so much yardage in training, I would use a hip-driven freestyle technique. I had a good kick, so that technique served me well.

At the first test meet of the season in Santa Clara, I swam the 400 meter free against a 16-year-old from Marin County, named Rick DeMont. Rick was a rising superstar, coming into his own just in time for Munich. In that race, I swam an unshaved 4:04, using a hip-driven freestyle technique. Rick swam it in 4:06. The world record at the time was 4:02. I never swam the 400 free again that summer.

Later in the summer, as we approached the Olympic Trials, I switched to a shoulder-driven freestyle technique with more potential speed to finish the IM’s. That seemed to work for me. In today’s competitions, we often see swimmers switch freestyle techniques during the race, rather than during the season like I did. Nathan Adrian was one of the first to do that, finishing his 100-meter freestyle races with a faster-stroke-rate, high-Octane technique.

The hip-driven technique is a more efficient way of swimming freestyle, costing less energy to perform than a shoulder-driven technique. It is just not as fast. The keys to using this technique well are pushing the hands forward out the front after the entry, pressing the hands hard backward at the end of the pulling motion, and rotating the hips aggressively during the hand’s release.

This week, featured in our Lanes 2, 3, and 4 subscription video, you will find some unique hip-driven freestyle drills using two devices from Finis, the Tech Toc, and the Hydro Hip. We hope these drills will help make you become a better hip-driven freestyler.