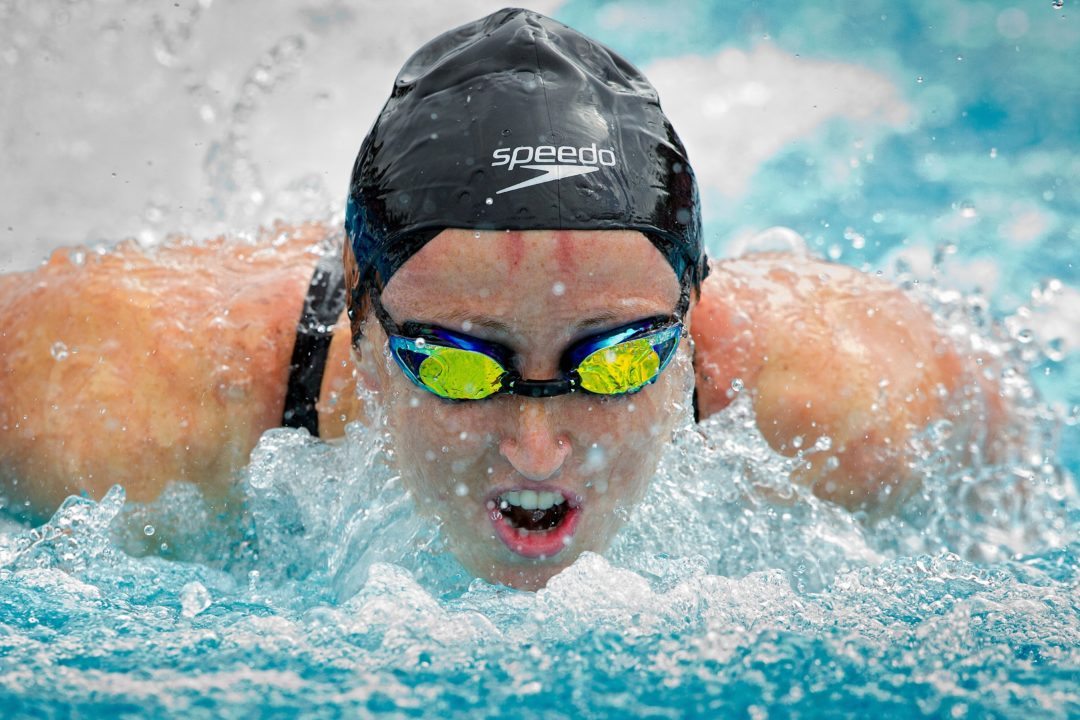 Claire Donahue (picture above) revealed today that her coach has been named to the US Staff for Istanbul. (Photo Courtesy: ©Tim Binning/TheSwimPictures.com)

Though nothing official has been released on the USA Swimming website, Olympian Claire Donahue revealed today that her coach Bruce Marchionda has been named to the staff that will coach the United States squad at the 2012 Short Course World Championships. The meet will be held in Istanbul, Turkey this winter and run from December 12th-16th.

Donahue is the most famous trainee of Marchionda, the head coach at Western Kentucky University, having finished 2nd in the 100 fly at the U.S. Olympic Trials this summer and gone on to a 7th-place finish in London. He has led Western Kentucky to great success both at the Sun Belt Conference level, including a 2nd-place finish last season in the Conference.

He also guided Donahue to a runner-up finish in the 100 fly at the NCAA Championships: the highest national result for any swimmer in Hilltoppers’ history.

Prior to coming to WKU a decade ago, Marchionda was the head coach of Clemson during their glory days of the 1990’s. He produced 26 ACC Champions and was named the 1997 conference coach of the year.

We’ll keep an eye out for more information on the coaching staff as it becomes available.

Look for regular coaches from Mission Viejo and Bluefish, as well as favorites from universities like U of M and Zona. Throw in a curve ball like Jasmine Tosky’s coach as well, and now we’re starting to see a more complete staff roster. But nothing official yet.