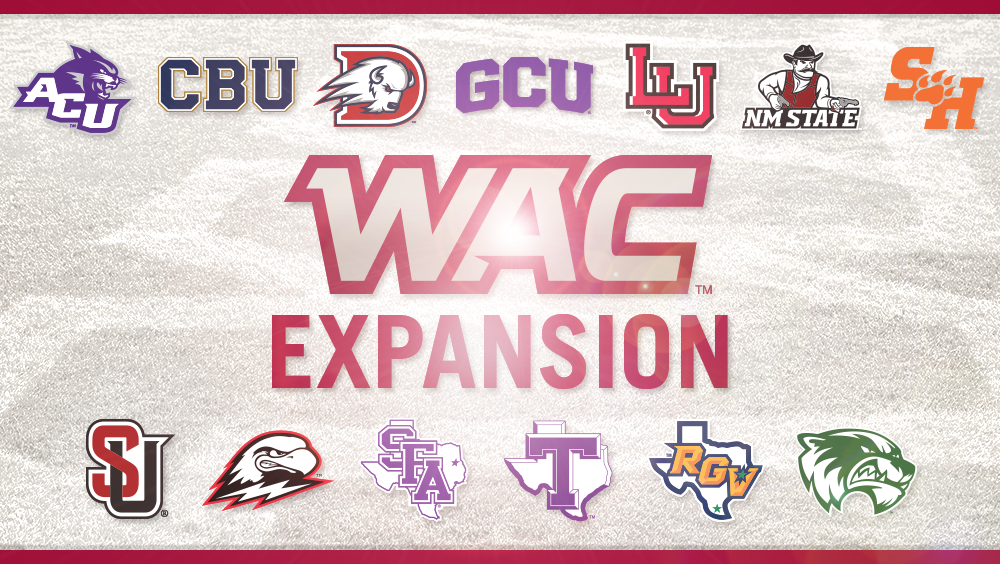 The Western Athletic Conference (WAC) announced that it will add five universities, effective July 1, 2022*, on Thursday.

WAC Commissioner Jeff Hurd announced that the membership invitations issued to the five schools were all accepted, and that the conference also intends to reinstate football at the Football Championship Subdivision level beginning in 2022.

“The change in date was made at the request of the four Texas institutions after the Southland Conference voted to expediate their entrance from the conference from 2022 to 2021,” the release says. “The WAC Board of Directors unanimously voted to move up the entry date.”

While this news doesn’t directly affect swimming & diving, as none of the schools sponsor either a men’s or women’s program, it does bring more stability to the conference and their athletic departments.

The Air Force men and Northern Arizona women won the 2020 conference championship titles, with the Lumberjack women’s win being its seventh in a row.

Hurd also announced the WAC’s intention to reinstate football at the Football Championship Subdivision level beginning with the 2022 season.

“I cannot overstate my level of excitement in making this expansion announcement,” said Hurd, “The opportunity to bring five quality institutions into the conference, to significantly strengthen the WAC’s national basketball brand and other championship sport profiles, and to bring football back under the WAC umbrella is one that made sense.”

“The end result could not have been accomplished without the collaboration and shared visions of the WAC’s Board of Directors and the Presidents of the incoming institutions. It not only stabilizes the conference for the future; it also positions it for significant growth and success.”

The addition of football will bring to 20 (10 men’s and 10 women’s) the number of sports in which the WAC will sponsor championships. Divisional play only will be held for baseball, softball, volleyball, men’s soccer and women’s soccer with championship tournaments held at the conclusion of each of the conference seasons.

Men’s and women’s basketball will feature both divisional and crossover play with the number of conference games to be played still to be determined.  The conference’s tournament will remain in Las Vegas.

The new members, along with Dixie State and Tarleton, will give the WAC seven full-time members that play in, or are transitioning to, the Football Championship Subdivision. It is anticipated that at least one more football-playing member will be added, but a timetable has not yet been established.

The WAC previously sponsored football at the Football Bowl Subdivision from 1962 until 2012. Seven Pro Football Hall of Famers played in the WAC and the conference boasts 43 NFL First Round picks.